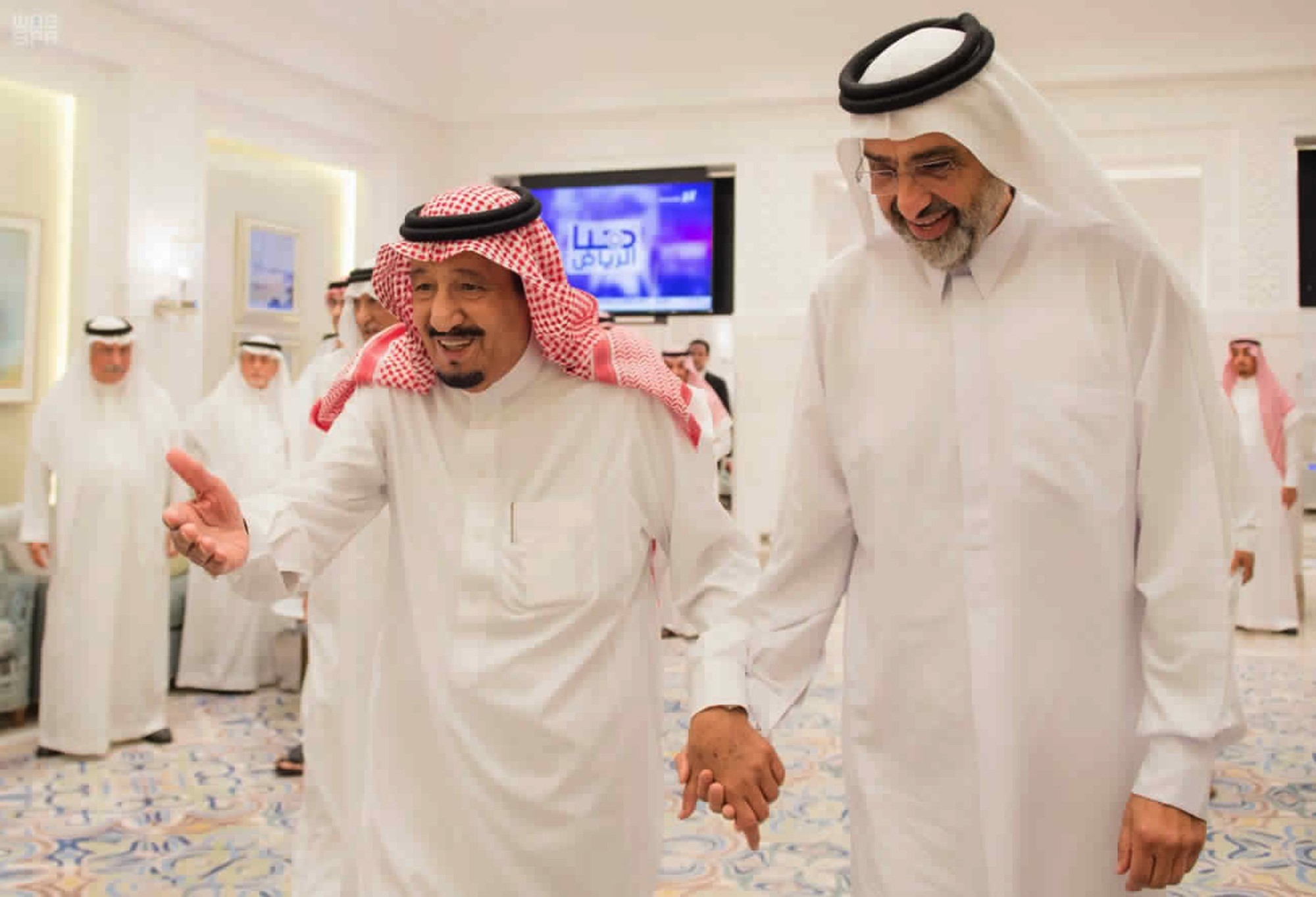 An exiled Qatari royal family member once promoted by Saudi Arabia amid its ongoing dispute with Doha appeared in an online video Sunday claiming he's being held against his will in the United Arab Emirates, an allegation denied by an Abu Dhabi official.

"I am a guest of Sheikh Mohammed but it is not hosting now, it is now an imprisonment," Sheikh Abdullah says. "They told me not to leave and I am afraid something will happen to me and they blame Qatar."

He adds: "I just wanted to let you know that Qatar is innocent in this and I am being hosted by Sheikh Mohammed and anything that happens to me after this is under his responsibility."

The UAE, one of four countries boycotting Qatar, denied the claim. Authorities pointed to a series of tweets by Ali Rashid al-Nuaimi, who heads Abu Dhabi's Hedayah counter-extremism center. Al-Nuaimi said that Sheikh Abdullah had asked to move to the Emirates for his "safety."

"A trusted source confirmed to me that Sheikh Abdullah bin Ali Al Thani is free to leave the UAE for any destination he chooses and he can leave whenever he likes," al-Nuaimi wrote on Twitter, without elaborating.

Sheikh Abdullah's grandfather, father and brother were rulers of Qatar until his branch of the royal family was ousted in 1972. His last position in government was as head of the equestrian and camel racing federation decades ago.

Since the crisis, Sheikh Abdullah has held high-profile visits with Saudi King Salman and Crown Prince Mohammed bin Salman. Those meetings, whose photographs got wide attention in Saudi media, came as Riydah allowed Qataris pilgrims over the border in August for hajj, a pilgrimage required of every able-bodied Muslim once in their lives.

Saudis then began suggesting Sheikh Abdullah should rule Qatar as an emir in exile, while Saudi-funded television networks provided him coverage. A quickly created Twitter account in his name amassed hundreds of thousands of followers. However, the last tweet on the account came in October and Sheikh Abdullah has not been publicly seen for some time.

Sheikh Abdullah is one of several Qataris exiles to emerge amid the diplomatic crisis, which began June 5 with Bahrain, Egypt, Saudi Arabia and the UAE cutting off Doha's land, sea and air routes over its alleged support of extremists and close ties to Iran. Qatar has long denied funding extremists and recently restored full diplomatic relations with Iran, with whom it shares a massive offshore natural gas field.

The UAE and Saudi Arabia have cultivated even-closer ties in recent years. Emirati troops are deeply involved in the Saudi-led war in Yemen. Sheikh Mohammed of Abu Dhabi is believed to have a close relationship with Saudi Arabia's Crown Prince Mohammed bin Salman. The two countries announced plans of forming a tighter relationship in December, helping torpedo an already troubled meeting of the Gulf Cooperation Council.