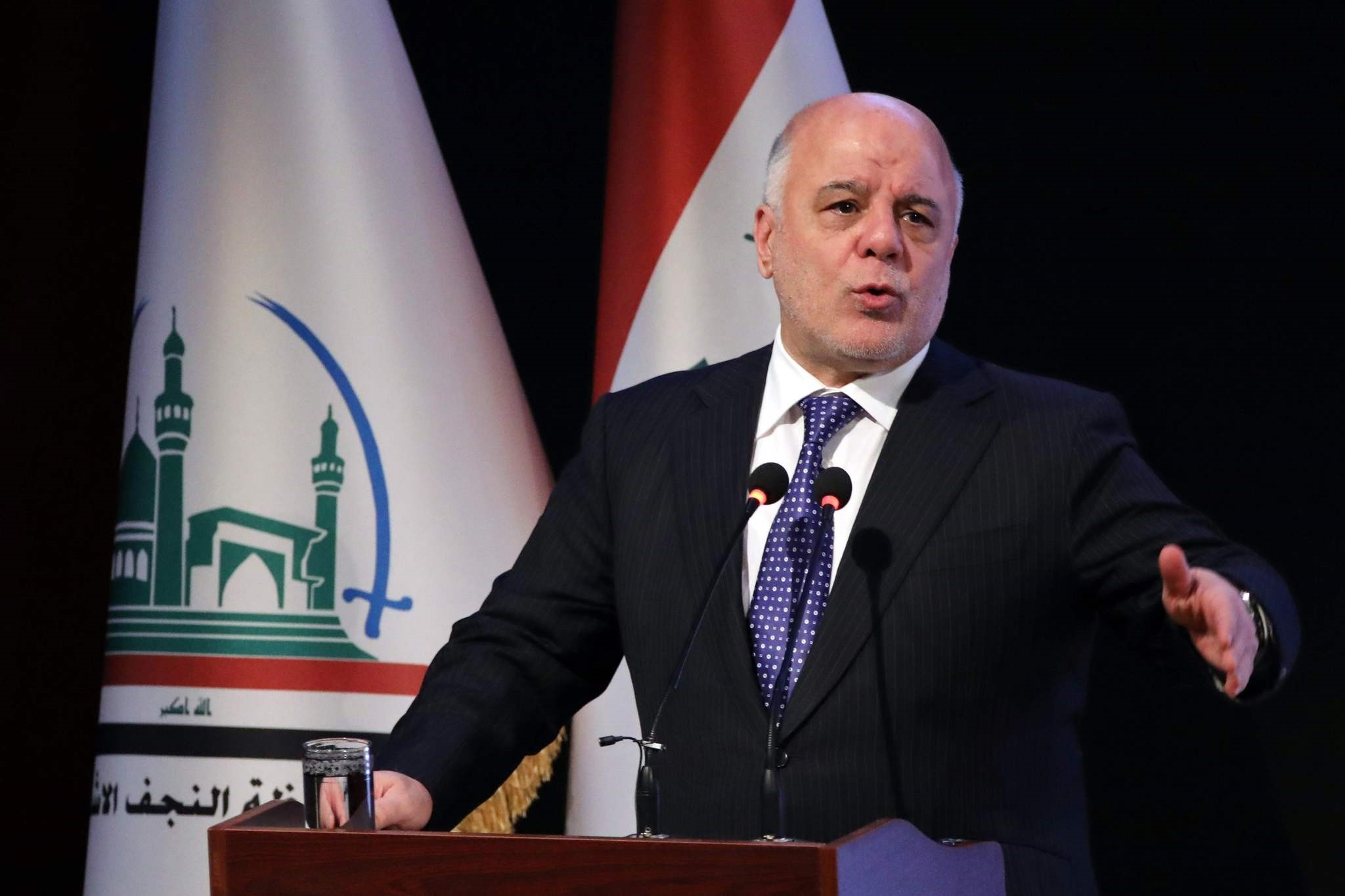 Iraqi Prime Minister Haider al-Abadi delivering a speech during a ceremony in the Shiite holy city of Najaf. (AFP Photo)
by Jan 14, 2018 12:00 am

Iraqi Prime Minister Haider al-Abadi on Sunday announced he would stand for re-election on May 12 at the head of a cross-sectarian bloc, and received the support of a powerful Shiite group close to Iran.

Abadi, a Shiite Muslim who led Iraq in the three-year war against Daesh, said the "Victory Alliance" that he was assembling to contest the parliamentary election would include candidates from other communities.

Abadi took over the premiership in 2014 from Nuri al-Maliki, a close ally of Iran widely blamed by Iraqi politicians for the army's collapse as Daesh seized a third of Iraq.

Maliki, who heads the Shiite Dawa party, announced Saturday that he would be running in the election.

Maliki, who holds the ceremonial title of vice president, remains a powerful figure as head of the largest political bloc in the current parliament.

Abadi is a Dawa member but did not secure Maliki's endorsement for his candidacy. Maliki said Saturday that Dawa supporters would be free to choose between his "State of Law" alliance and Abadi's Victory Alliance.

The prime minister did, however, secure the support of powerful coalition of Iranian-backed Shiite groups who took part in the war on Daesh, led by the Badr Organization.

Lawmakers close to Abadi and Badr leader Hadi al-Amiri told Reuters their representatives had signed an electoral pact on Sunday.

Abadi is credited with quickly rebuilding the army and defeating Daesh in its main Iraqi stronghold, Mosul, last July, with strong assistance from a U.S.-led coalition.

His tie-up with Amiri's "Conquest Alliance" broadens his base within Iraq's majority Shiite Arab community.

The prime minister's office is reserved for the Shiite Arabs under a power-sharing system set up after the 2003 U.S-led invasion that toppled Saddam Hussein.

Parliament is likely to meet in the next few days to approve May 12 as the date for the election.