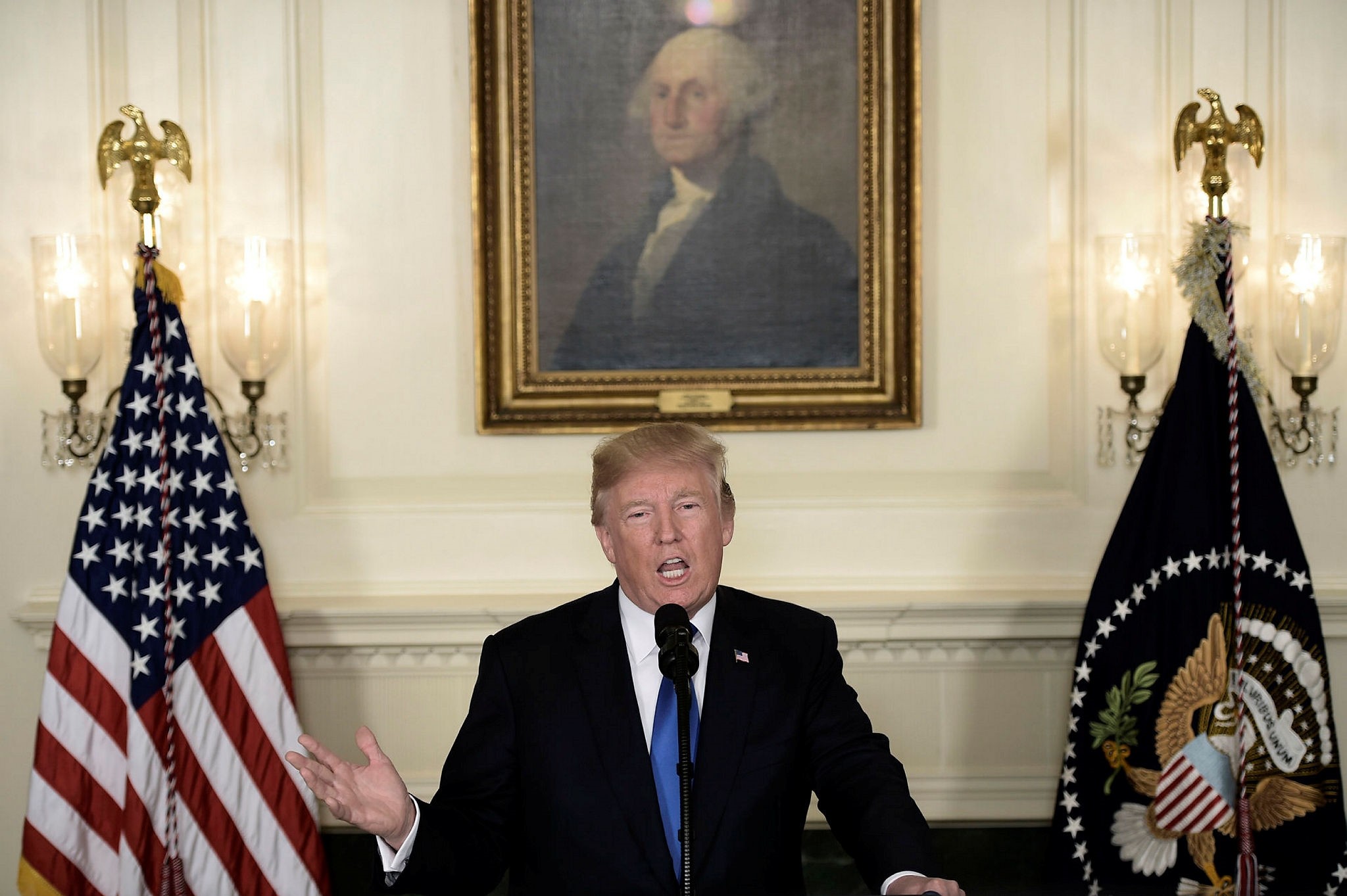 Since his election, U.S. President Donald Trump has repeatedly expressed his negative attitude toward Iran. In his latest statements challenging the nuclear deal, his demand to fix the agreement was a move that has accelerated anti-Iranian policy

U.S. President Donald Trump said on Friday that waiving the nuclear sanctions on Iran will be the last chance given to the country by Washington and Europe. His comments came amid mass protests, hailed by the U.S. as a challenge to the regime, which the Trump administration is attempting to drive into a corner.

Trump was alone when he signaled giving up the nuke deal, just like he was when he decided to recognize Jerusalem as the Israeli capital and move the U.S. embassy to the holy city.

Russia's first statement found Trump's words "extremely negative." European countries, namely the key backers of the pact, are also under pressure and in split with the U.S.

France has expressed that it strongly believed the deal should not be abolished, but faced a harsh response from the U.S.

"Despite my strong inclination, I have not yet withdrawn the United States from the Iran nuclear deal," Trump said in a statement, saying the options were to fix "the deal's disastrous flaws, or the United States will withdraw."

On the recent sanctions, a Reuters report said, "While approving the waiver on U.S. sanctions related to the nuclear deal, Washington announced other sanctions against 14 Iranian entities and people, including judiciary head Ayatollah Sadeq Larijani, a close ally of Iran's Supreme Leader Ayatollah Ali Khamenei."

Describing sanctions against Larijani as "hostile action," Iran's Foreign Ministry said the move "crossed all red lines of conduct in the international community and is a violation of international law and will surely be answered by a serious reaction of the Islamic Republic," state media reported.

The Iranian side condemned the latest sanctions and strongly reacted against Trump's last move. Iran's Foreign Minister Mohammad Javad Zarif had earlier said on Twitter that the deal was "not renegotiable" and that Trump's move "amounts to desperate attempts to undermine a solid multilateral agreement."

Similarly, Iranian President Hassan Rouhani said the U.S. could not undermine the deal.

The U.S. has also been accused of provoking protesters and planning to overthrow the regime. Iran has foiled attempts by its foreign enemies to turn legitimate protests into an insurgency to overthrow the Islamic Republic, supreme leader Ayatollah Ali Khamenei said on Tuesday on Twitter.

"Once again, the nation tells the U.S., Britain, and those who seek to overthrow the Islamic Republic of Iran from abroad that 'you've failed, and you will fail in the future, too," Khamenei tweeted.

After the protests started, the U.S. State Department issued a statement, calling for support for the protesters.

"Iran's leaders have turned a wealthy country with a rich history and culture into an economically depleted rogue state whose chief exports are violence, bloodshed and chaos," the statement read.

Since his election, one of Trump's main policies in the region is to build an alliance against Iran, bringing Israel and the Saudi-led Gulf onto the same side. His first visit in the Middle East was to Saudi Arabia in May, later on he visited Israel.

Saudi Arabia and Iran are two ardent enemies and have conflicting interests in the region. Trump, unlike his predecessor Barack Obama, who was the main architect of the nuclear deal, was welcomed warmly in the Gulf.

Iran failed to repair its relations with the Gulf due to the war in Yemen, where Iran-aligned Houthi rebels have gone into a war with the Saudi-backed central government and a Saudi-led coalition.

The growing Iranian influence was accounted for the country's ability to mobilize Shiites in the region, which is seen as an existential threat by the Gulf nations that have a considerable Shiite population.