Russia says Iran nuclear deal cannot be saved without US 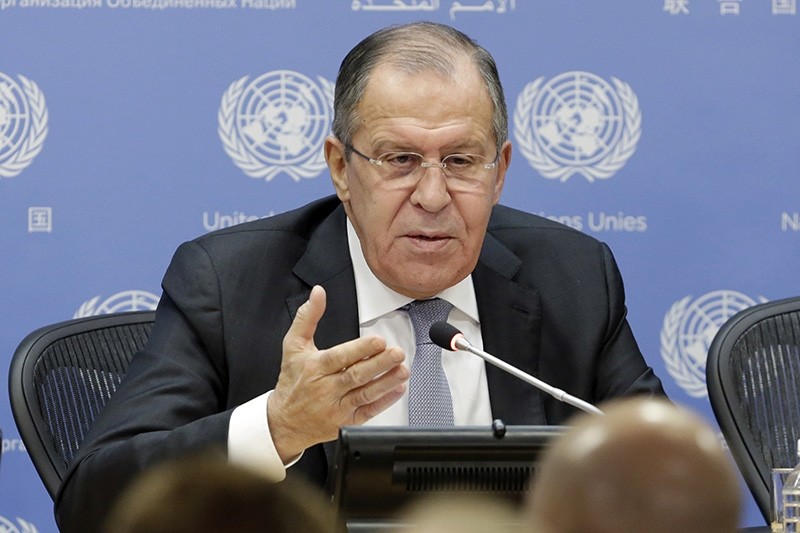 Russian Foreign Minister Sergei Lavrov on Friday ruled out the possibility of salvaging the Iranian nuclear deal if President Donald Trump decides to pull the United States out of the agreement.

"This agreement cannot be implemented if one of the participants unilaterally steps out of it," Lavrov told a news conference at the United Nations.

"It will fall apart and there will be no deal then," he said, adding: "I think everyone understands that."

Trump last week agreed to again waive U.S. nuclear-related sanctions on Iran, but demanded that U.S. lawmakers and European allies fix the "disastrous flaws" in the deal or face a U.S. exit.

"This is a decisive moment," Lavrov said.

Russia and the United States are among the six world powers that signed the 2015 landmark deal with Iran that aims to curb Tehran's nuclear program in exchange for lifting sanctions.

Lavrov made clear that there would be no attempt by Russia to salvage it with the five remaining powers, if the United States pulls out.

Russia will make every effort to persuade the U.S. "not to touch this thing," said Lavrov, saying that the deal was "not dead yet."

The foreign minister again made the argument that killing off the Iran nuclear deal would also compromise any bid to persuade North Korea to scrap its nuclear arsenal.

If the Iranian nuclear deal is not upheld, "how can we ask North Korea to use the same option" and abandon its nuclear ambitions, asked Lavrov.

U.N. Secretary-General Antonio Guterres told the Security Council this week that it was in the world's interest that the nuclear agreement "be preserved."