Trump breaks with Netanyahu over timeframe for Jerusalem move 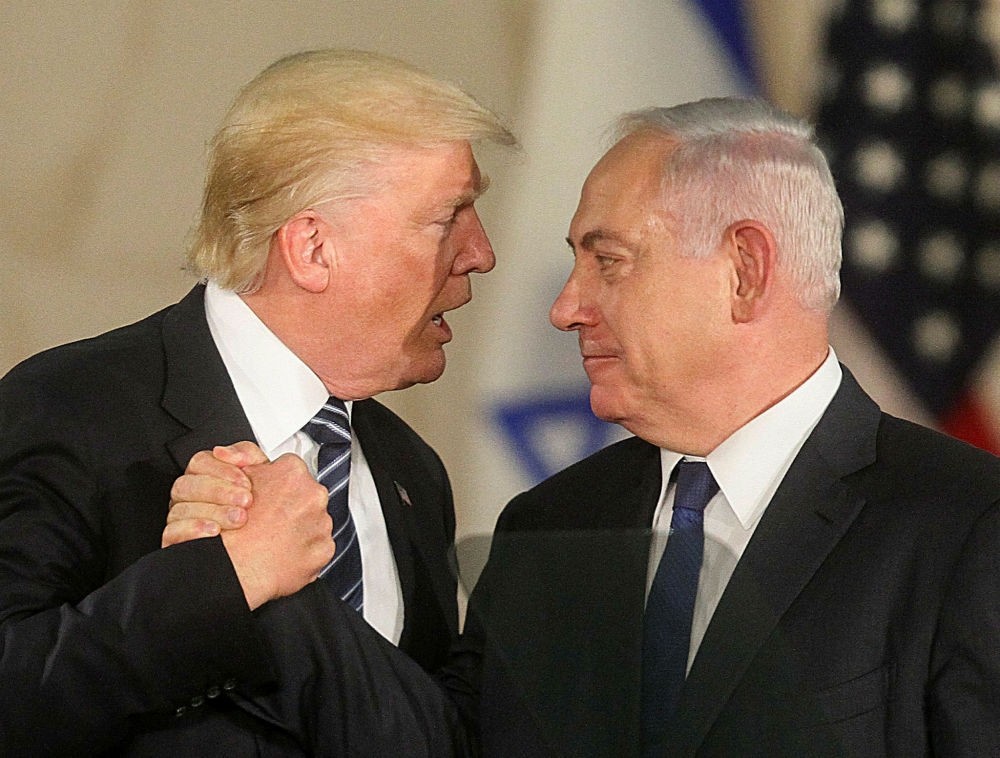 The U.S. President Donald Trump rejected comments made a day earlier by Israeli Prime Minister Benjamin Netanyahu over the relocation of the U.S. embassy in Israel to Jerusalem.
by Compiled from Wire Services Jan 19, 2018 12:00 am

President Donald Trump denied on Wednesday that the planned relocation of the U.S. embassy in Israel to Jerusalem would take place within a year, after Prime Minister Benjamin Netanyahu said he expected the controversial move to happen by then.

When asked about Netanyahu's comment, Trump told Reuters in an interview that was not the case. "By the end of the year? We're talking about different scenarios - I mean obviously that would be on a temporary basis. We're not really looking at that. That's no."

Israeli Prime Minister Benjamin Netanyahu took a step back yesterday from comments, challenged by U.S. President Donald Trump, that envisioned a one-year timeframe for the planned relocation of the U.S. Embassy in Israel to Jerusalem.

An official in Netanyahu's office said the prime minister recognized that construction of a new embassy will take years but believes Washington is considering "interim measures that could result in an embassy opening much faster."

The official, who declined to be named, did not define those steps or mention any dates for a Jerusalem embassy to begin operating. In the past, Israeli media have speculated that, before a building is ready, the U.S. ambassador would operate part of the time out of a temporary location in Jerusalem.

Prime Minister Benjamin Netanyahu said Wednesday he believed the U.S. embassy in Israel could be moved from Tel Aviv to Jerusalem within a year, reports said.

"The embassy is going to be moved to Jerusalem faster than you think, certainly within a year," Netanyahu told journalists accompanying him on an official trip to India, according to Israeli media, as reported by Agence France-Presse (AFP).

U.S. Secretary of State Rex Tillerson said last month the embassy move was "probably no earlier than three years out, and that's pretty ambitious," a timeframe that administration officials have attributed to the logistics of finding and securing a site as well as arranging housing for diplomats.

Jerusalem's status is perhaps the most sensitive issue in the Israeli-Palestinian conflict. Israel sees the entire city as its capital, while the Palestinians want the eastern sector as the capital of their future state. Israel occupied east Jerusalem and the West Bank in the 1967 Six-Day War. It later annexed east Jerusalem in a move never recognized by the international community. No countries currently have their embassies in Jerusalem, instead keeping them in the Israeli commercial capital Tel Aviv.