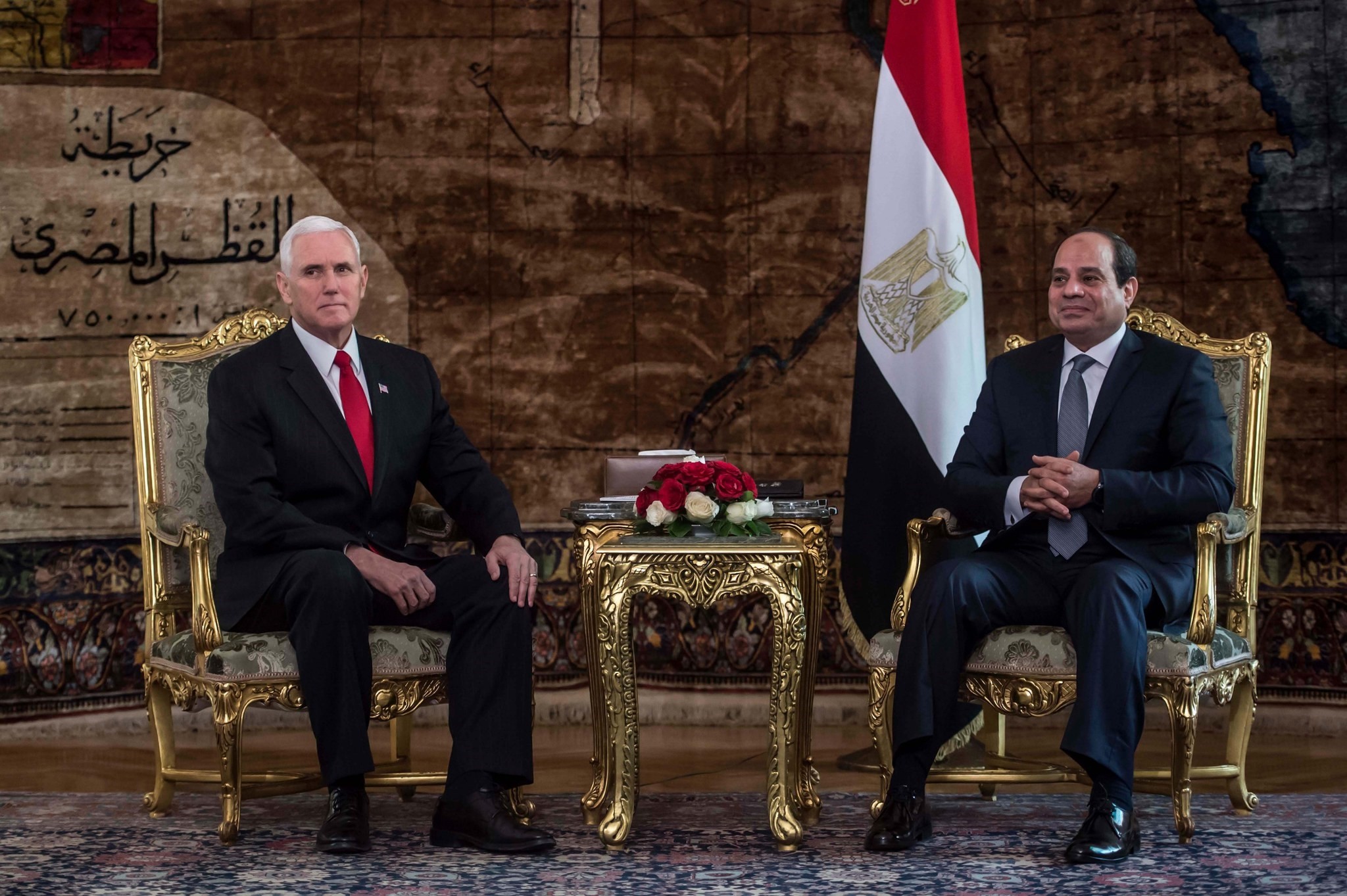 "We heard President el-Sisi out," Pence told reporters after their meeting, saying the Egyptian leader described his objection to Trump's decision as a "disagreement between friends."

Pence said he assured Sisi that the United States was committed to preserving the status quo of holy sites in Jerusalem and had come to no final resolution on boundaries for the two parties.

"My perception was that he was encouraged by that message," Pence said.

"(Sisi) noted that a solution for the Palestinian-Israeli conflict will only come through negotiations based on a two-state solution, and Egypt would spare no effort to support this," a statement from the Egyptian presidency said.

Pence said ties between the two countries had never been stronger after a period of "drifting apart" and Trump sent his gratitude to Sisi for implementing economic reforms.

"We stand shoulder to shoulder with you in Egypt in the fight against terrorism," Pence said.

Sisi said the two men discussed ways to eliminate the "disease and cancer" of terrorism and called Trump a friend.

Pence is on a three-country tour that also includes stops in Jordan and Israel. This is the highest-level visit from a U.S. official to the region since December, when Trump recognized Jerusalem as Israel's capital.

That decision, which reversed decades of U.S. policy and set in motion the process of moving the U.S. embassy to Jerusalem from Tel Aviv, upset leaders in the Arab world and prompted Palestinians to reject the United States as a broker for peace.

Pence, a conservative Christian who was one of the driving forces behind the move, and Sisi did not discuss the Jerusalem decision during their public remarks in front of reporters.

Egypt has faced security problems, including attacks by Daesh militants in the North Sinai region. Trump has made the fight against Daesh a top priority.

From Cairo, Pence heads to Jordan, where he will meet with King Abdullah, a close U.S. ally. Abdullah warned against declaring Jerusalem as Israel's capital, saying it would have a dangerous impact on regional stability and obstruct U.S. efforts to resume peace talks.

Many people in Jordan are descendants of Palestinian refugees whose families left after the creation of Israel in 1948.

Pence will end his trip in Israel, where he will be warmly welcomed in the aftermath of Trump's decision. He plans to meet Prime Minister Benjamin Netanyahu, address the Israeli legislature and visit the Western Wall.

Pence is not scheduled to meet Palestinian leaders. They were incensed by Trump's decision on Jerusalem, which upended the longstanding U.S. position that negotiations between Israel and the Palestinians must determine the city's status.

The Trump administration's recent announcement that it was withholding about half of the aid it was due to give to a United Nations relief agency that serves the Palestinians raised questions about fledgling U.S. efforts to revive Israeli-Palestinian peace talks and further undermined Arabs' faith that the United States can act as an impartial arbitrator.

Pence also plans to visit with U.S. troops while he is in the region.