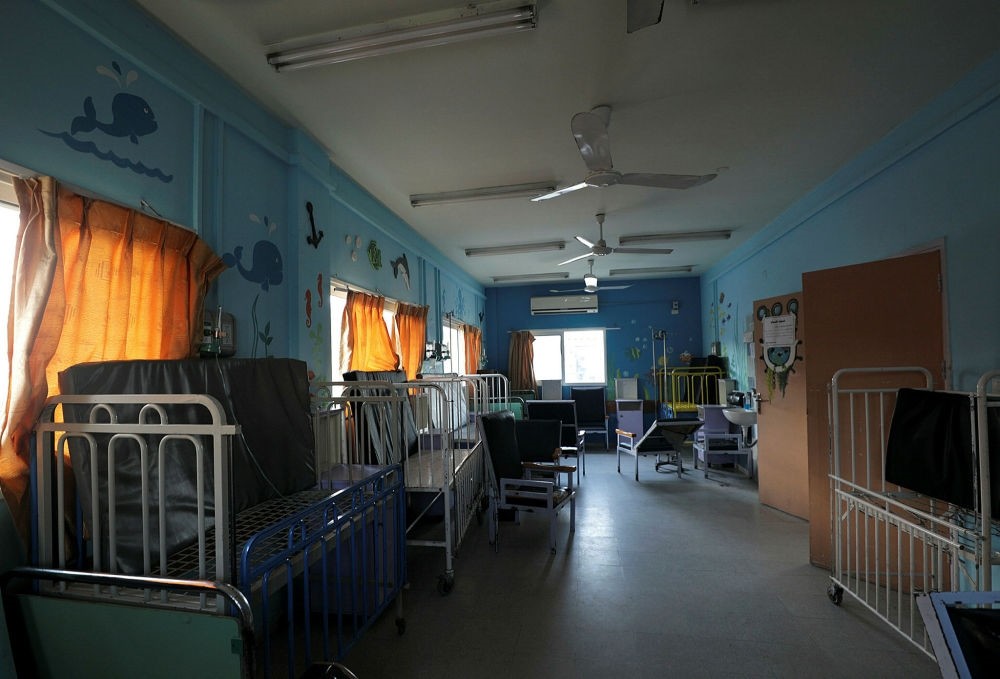 A hospital in Gaza suspended services due to fuel shortages, the Palestinian Health Ministry said. Remaining out of service, the hospital has become the latest example of the problems caused by energy shortages. Gazan Health Ministry Spokesman Ashraf al-Qudra said the Beit Hanoun hospital stopped functioning and the patients would be transferred to other hospitals in the blockaded city. However, other hospitals cannot provide full services, as the entire enclave suffers from fuel shortages due to the Israeli blockade and internal political disputes. Qudra said the hospital usually serves 60,000 people among which were many patients in critical condition. Due to the electricity shortages, Qudra added that the hospital needs at least 500 liters of fuel daily to run a generator.

Already suffering from shortages, cold weather in Gaza has also increased demand for electricity and fuel for generators. The city needs 500 megawatts of electricity every day, but receives less than 250 megawatts. "The chronic energy shortfall in the Israel-blockaded Gaza Strip has forced local authorities to adopt a makeshift ‘rotation' system by which power is cut in some parts of the strip so it might be provided in others. Israel currently provides the Gaza Strip with 120 megawatts of electricity, while Egypt provides it with another 32 megawatts. Gaza's sole functioning power plant is able to generate only 60 megawatts, according to the Palestinian Energy Authority," Anadolu Agency (AA) reported.

The closure of the hospital comes amid debates that the U.S. will cut aid to a United Nations department that provides resources to Gaza. A wide strike was organized in Gaza by U.N. employees denouncing the U.S. "Palestinians have been angered by a U.S. decision to cut aid to the United Nations Relief and Welfare Agency (UNRWA), saying it will cause worse hardship in Gaza. More than half the enclave's two million residents depend on support from UNRWA and other humanitarian agencies. Those joining Monday's protest feared job losses among UNRWA's 13,000 employees and cuts to services. They marched to the U.N. headquarters in Gaza City waving Palestinian flags and brandishing banners that read ‘Dignity is priceless,'" Reuters reported. "U.S. officials have demanded UNRWA make unspecified reforms. Washington said on Jan. 16 that it will hold back $65 million of a $125 million aid installment to the agency. UNRWA received $355 million from the United States in the 2017 fiscal year, which ended Sept. 30, U.S. officials say," the report added.

Due to the lack of electricity, people predominantly rely on gasoline-fueled generators and solar panels to keep their refrigerators running and to have access to hot water. Considering that oil prices are high due to the blockade, Gazans are in a dire situation. Therefore, hundreds of people engaged in a protest against Israel and the Palestinian Authority (PA) as international rights groups warn that there might be a total collapse of basic services. With only three hours of electricity available per day, the U.N. warned that half of Gaza's population is in need of humanitarian aid. Israel said it would reduce electricity after the PA limited its payments for power.

William Bell, Christian Aid's acting head of the Middle East, told Open Democracy: "95% of the tap water is nearly as salty as sea water. It's hot here but you can forget about air conditioners and fans. Forget communications; Internet and mobile phones signals come and go without warning. Swimming is banned because raw sewage is being pumped into the sea, as the water pumps cannot cope without electricity. Few are allowed to leave this bit of land and I know of patients who have died waiting for permits to access treatment."