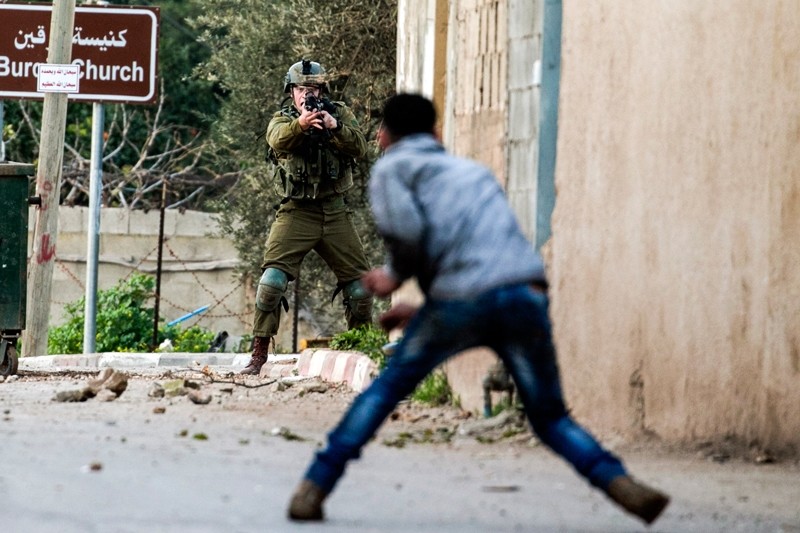 A Palestinian protester confronts an Israeli soldier during an army search operation in the Palestinian village of Burqin in the occupied West Bank, on February 3, 2018. (AFP Photo)
by Feb 04, 2018 12:00 am

A 19-year-old Palestinian man shot and critically injured by an Israeli soldier earlier Saturday in the north of the West Bank has died in hospital.

The man was shot in the head and critically wounded before he was pronounced dead at a hospital in the northern West Bank city of Jenin, according to the Palestinian Ministry of Health.

The Israeli army had carried out a military campaign in the Jenin area all day Saturday seeking to arrest Palestinians reportedly involved in killing an Israeli settler last month.

An Israeli military spokesman confirmed the campaign in the Jenin area and said that the army arrested a number of suspected Palestinians and took them in for questioning.

The Palestinian Red Crescent said that two other Palestinians were injured by live bullets. Six protesters were hit by rubber bullets and 12 suffered from tear gas inhalation.