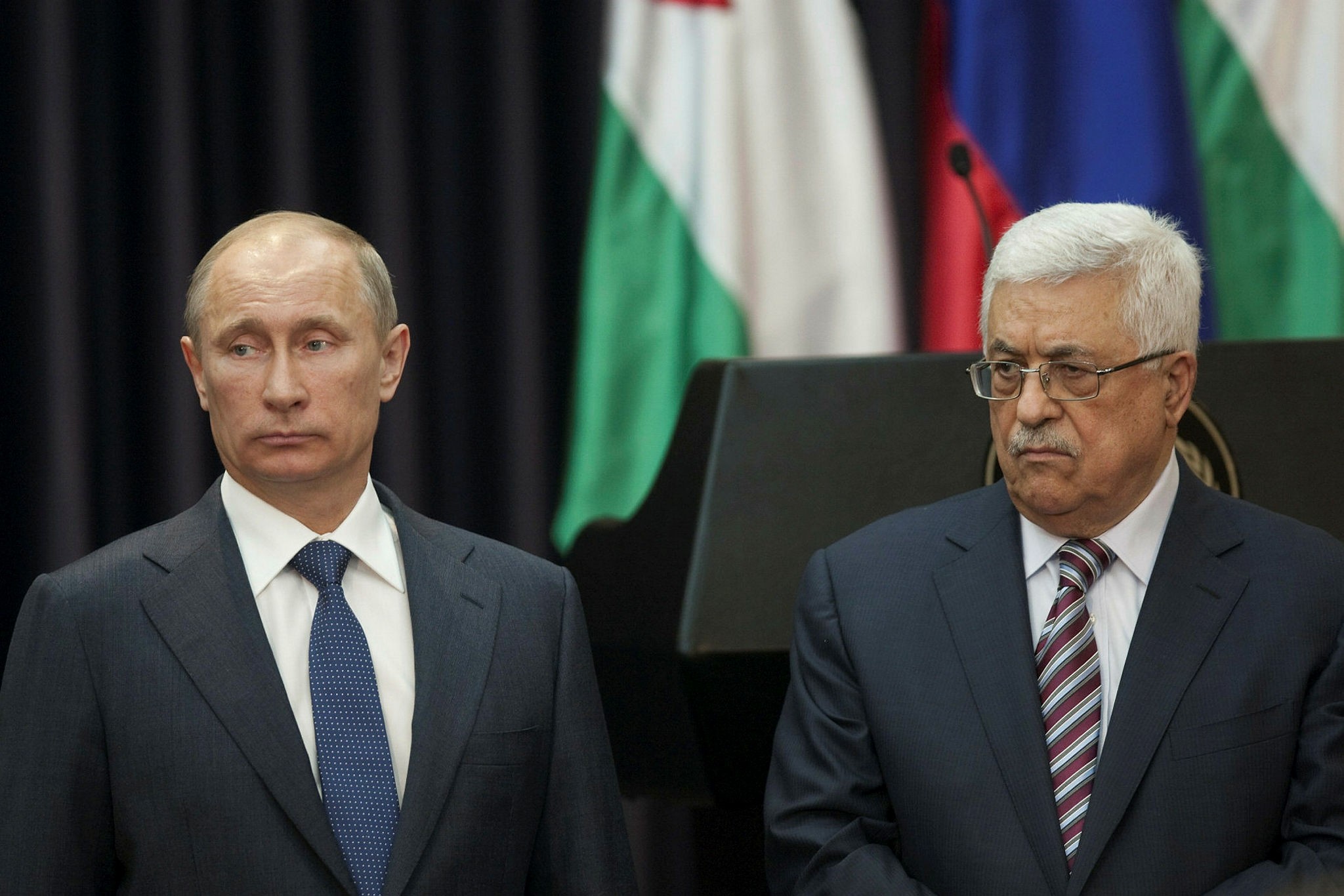 Palestinian Authority President Mahmoud Abbas wants Russia to have a greater role in the Israeli-Palestinian peace process, as "the U.S. can no longer play a leading role," he said in an interview published yesterday.

"We believe that Russia can play a very important role in this process as it has long emphasized the necessity of international efforts," Abbas told the Interfax news agency, as reported by dpa. "We are seeking to create a new coalition, a new mechanism, for negotiations between us and Israel, as we remain committed to the process," he said.

Russia has managed to maintain robust relations with both Israel and the Palestinian Authority government, as well as other Israeli rivals such as Syria and Iran, as Russia promotes itself as a peacemaker in Middle Eastern conflicts. Abbas is scheduled to meet with Russian President Vladimir Putin in Sochi next Monday, exactly two weeks after Israeli Prime Minister Benjamin Netanyahu met with Putin in Moscow.

The Quartet on the Middle East comprising the United States, Russia, the United Nations and European Union, is no longer a relevant mediator in the peace process, Abbas said. Since 2002, a quartet of Middle East peace negotiators has been assigned to promote peace efforts, but has failed to get any result.

Palestinians' relations with U.S. leadership have deteriorated rapidly since the election of Donald Trump as president. He came to power promising to lead the most pro-Israel administration in history, but also to pursue a peace deal. His envoys, including senior adviser and son-in-law Jared Kushner, had been shuttling between the two sides in search of common ground. Trump also infuriated Palestinians by refusing to commit to the idea of an independent Palestinian state, and recently threatened to cut hundreds of millions of dollars in U.S. aid.

Since Trump broke from decades of U.S. policy with his Dec. 6 2017 announcement on Jerusalem, Abbas has said he will ask the council to grant full U.N. membership to Palestine and will only accept an internationally backed panel to broker any peace talks with Israel. Trump's recognition of Jerusalem as Israel's capital reversed decades of U.S. policy and has enraged Palestinians and triggered violent protests in Jerusalem, the occupied West Bank and the Gaza Strip. Israel considers Jerusalem to be its eternal, indivisible capital and Palestinians want east Jerusalem as the capital of a future Palestinian state. Israel captured east Jerusalem in the 1967 Six-Day War and annexed it in a move that is not internationally recognized.