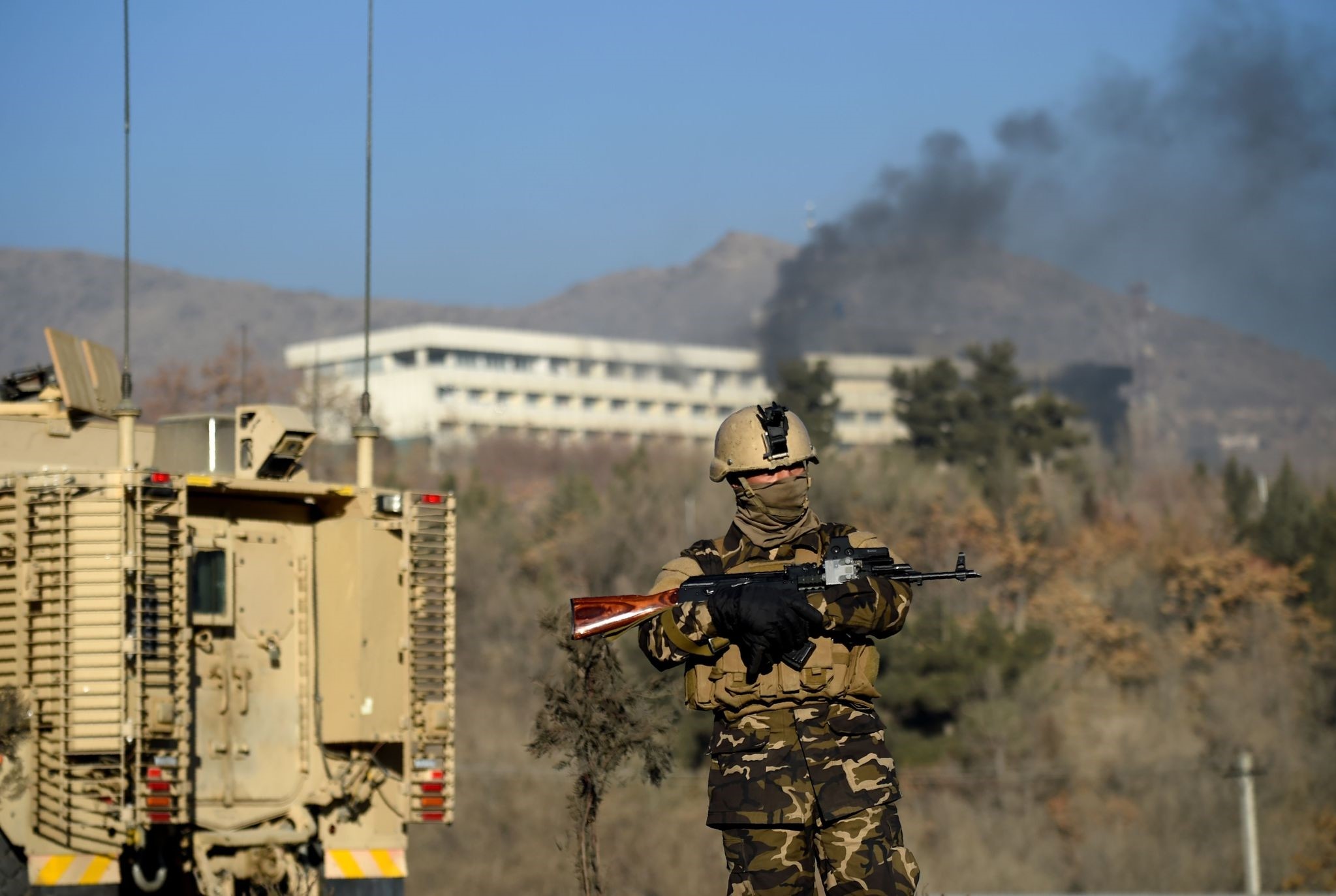 Afghan security personnel standing guard as smoke billows from the Intercontinental Hotel during a fight between gunmen and Afghan security forces in Kabul. (AFP Photo)
by Associated Press Feb 08, 2018 12:00 am

Russia's top diplomat for Afghanistan said Thursday there were indications that the U.S. military is allowing Daesh terrorists fleeing from Syria and Iraq to infiltrate Afghanistan.

Zamir Kabulov, the Kremlin's envoy for Afghanistan and the former Russian ambassador in Kabul, made the claim in an interview with state news agency Tass.

"It's noteworthy that the extremists themselves and weapons for them, according to numerous witness accounts, are often transferred to the territory of Afghanistan by helicopters without identifying insignia," he was quoted as saying.

"With the US and NATO fully controlling the skies over Afghanistan, there is every reason to believe they had a hand in that, or at least, did not hamper these flights, despite the fact that Washington and Brussels deny that," Kabulov said.