Palestine's Abbas meets Russian counterpart Putin, says US not the only mediator in talks with Israel 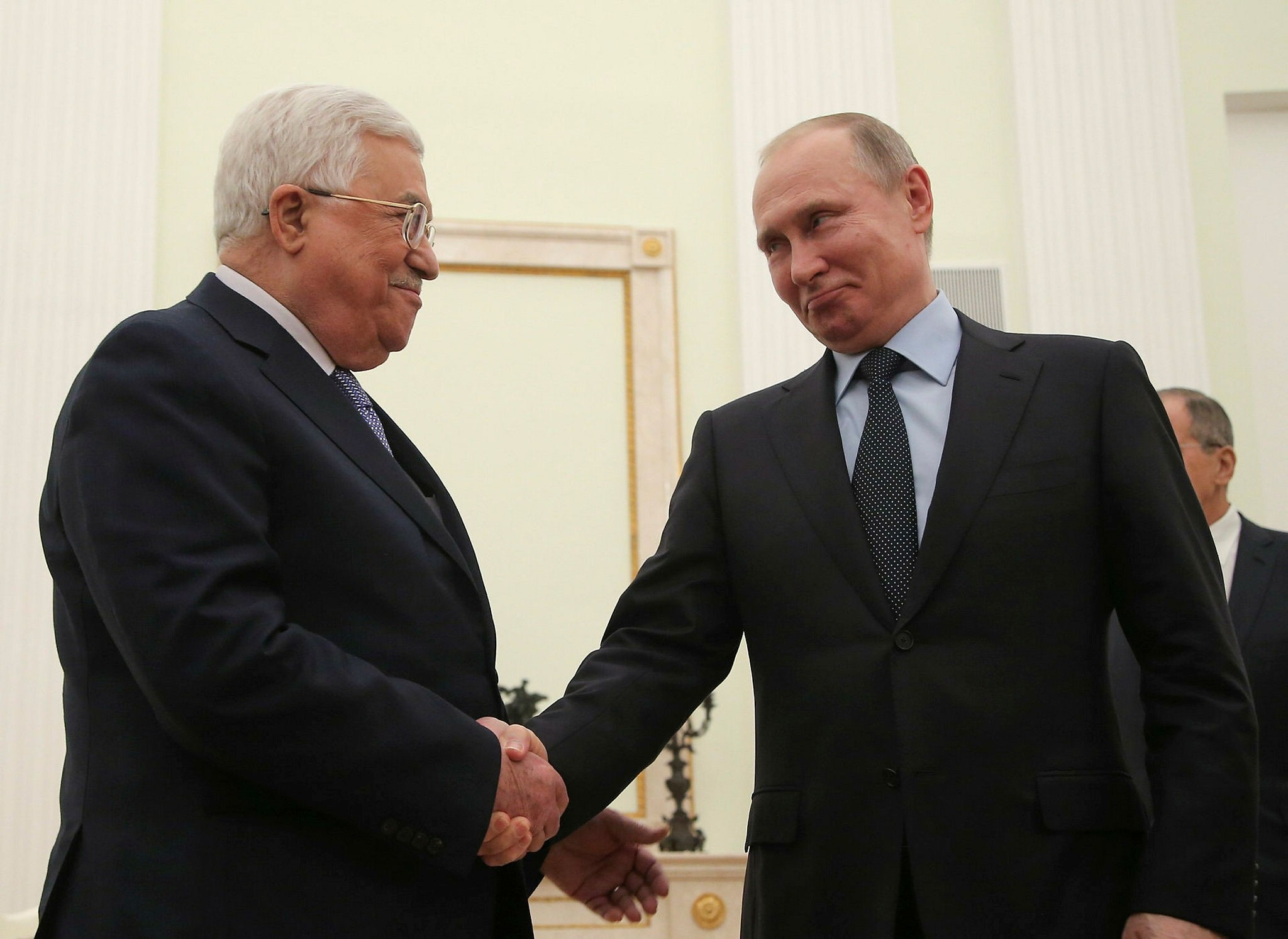 Palestine refuses to consider the U.S. as the only mediator in its talks with Israel, Palestinian President Mahmoud Abbas told his Russian counterpart Vladimir Putin in Moscow on Monday.

"From now on, we refuse to cooperate in any way with the Americans in its status as a mediator, as we stand against its actions," said Abbas.

If any international event takes place in future, the president said, Palestine will be insisting to have a new mechanism in which the U.S. will be part of a group of mediators and not the sole mediator.

Putin informed Abbas he has had a phone talk with the U.S. President Donald Trump prior to his meeting with the Palestinian president and that the Palestinian-Israeli settlement was among the topics discussed.

Putin also noted that Trump offered his condolences over the Russian plane crash that lead to the killing of more than 70 people.

The Palestinians have rejected the U.S. sponsorship of peace talks with Israel in the wake of Washington's decision to officially recognize Jerusalem as the capital of Israel in early December.

Jerusalem remains at the heart of the Middle East conflict, with Palestinians hoping that East Jerusalem -- currently occupied by Israel -- might one day serve as the capital of a Palestinian state.