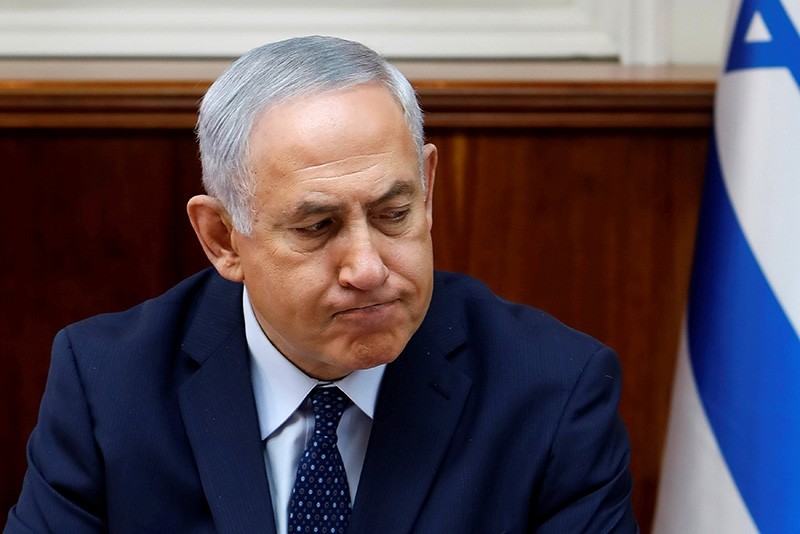 Police issued a statement describing the recommendations, which will now go to the attorney general, who is expected to take weeks or months to decide how to move forward.

Netanyahu addressed the nation as the news broke on Tuesday night, proclaiming his innocence.

In a nationwide TV address, a stern-looking Netanyahu denied allegations that he accepted lavish gifts, including champagne and expensive cigars, from Hollywood mogul Arnon Milchan in exchange for doing favors. He also is suspected of offering preferential treatment to a newspaper publisher in exchange for favorable coverage.

Netanyahu said his lengthy political career has been solely "for the good of the nation." He accused police of being on a witch hunt against him and vowed to remain in office. He wrapped up by vowing to stay in office and run for re-election.

For months, police have been investigating two cases. In one probe, Netanyahu reportedly received over $100,000 in gifts from Hollywood mogul Arnon Milchan and other wealthy supporters.

The other is over secret talks with the publisher of a major Israeli newspaper in which Netanyahu allegedly requested positive coverage in exchange for reining in a free pro-Netanyahu daily.

The attorney general will now review their conclusions and decide whether to file charges.