Over 50 Palestinians died while waiting for Israeli medical permits in 2017: WHO 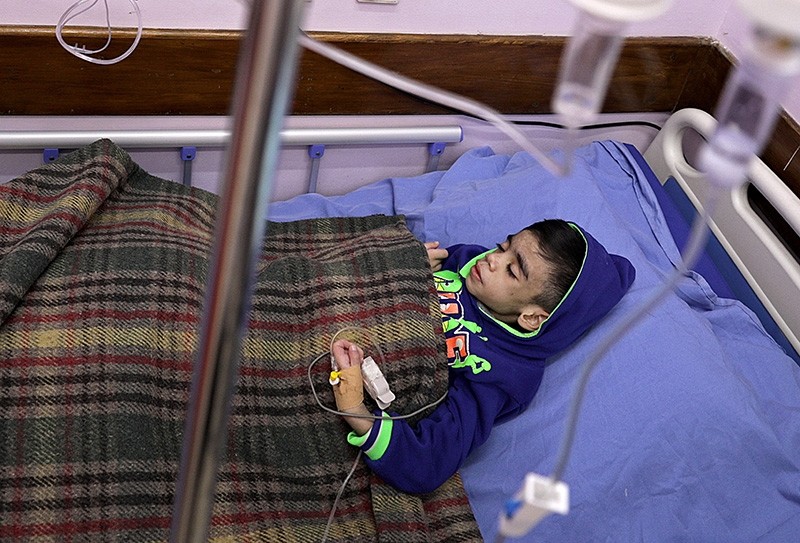 More than 50 Palestinians died waiting for Israeli visas to travel for medical treatment last year, with only around half of all applications granted, new figures showed Tuesday.

A total of 54 Palestinians died awaiting permits in 2017, the World Health Organization said, in what rights activists called an overly bureaucratic system which deprives Palestinians of their right to healthcare.

The WHO said it did not have a directly comparable figure for 2016, but Al Mezan Center for Human Rights said it had recorded only a couple per annum in previous years.

Israel argues rigorous checks are necessary for security reasons for those coming from the Gaza Strip, the Palestinian enclave ruled by its Islamist enemy Hamas.

Gazans require Israeli permits to leave the enclave and travel to Jerusalem or the West Bank for treatment which the Palestinian Authority, the internationally recognized Palestinian government, pays for.

High-quality medical care for conditions such as cancer is not possible in Gaza, largely due to a shortage of facilities and Israel's restrictions on imports of key medical technology it argues could be seized by Hamas for military purposes.

Of more than 25,000 applications to travel for treatment in 2017, only 54 percent were granted in time for their appointments.

This was down from 62 percent the year before and 92 percent as recently as 2012, the WHO said.

"There is a worrying decline in the approval rate for patients to exit Gaza, with 2017 the lowest rate since WHO began monitoring this in 2008," said Gerald Rockenschaub, head of WHO offices in the Palestinian territories.

Omar Shakir, Israel-Palestine head for HRW, said they had seen "wider and wider" use of security justification to reject or delay permits for Palestinians.

"It is not based on security but based on a political strategy to isolate Hamas that uses the people of Gaza as collateral in that calculus," he told AFP.

Her parents say she died after three appointments in an east Jerusalem hospital were missed.

"We repeated the same process three times, but her condition deteriorated and she died 10 days after the date of the (final) appointment," her father Ghaleb told AFP.

Israel has fought three wars with Hamas since 2008.

Last year a cancer patient was caught smuggling explosives for Hamas through the Erez crossing, allegedly after being duped into taking a container.

"Hamas operates every day to take advantage of the civilian measures that the state of Israel promotes," said a statement from COGAT, the Israeli defense ministry body responsible for coordination of such permits.

But rights groups argue the knock-on effect is collective punishment of two million people effectively trapped in Gaza. The border with Egypt has also largely been sealed in recent years.

Faten Ahmed, a 25-year-old mother of two, died of brain cancer in August 2017. She had once been given a permit to travel to east Jerusalem for treatment but then returned to Gaza as agreed.

She applied for a new permit to continue treatment but did not hear back in time for her appointment and eventually died, her mother-in-law Nima told AFP.

"We submitted three new requests to cross ... and return to hospital and complete her series of treatments, but we didn't get any response."