NATO to expand its military training mission in Iraq 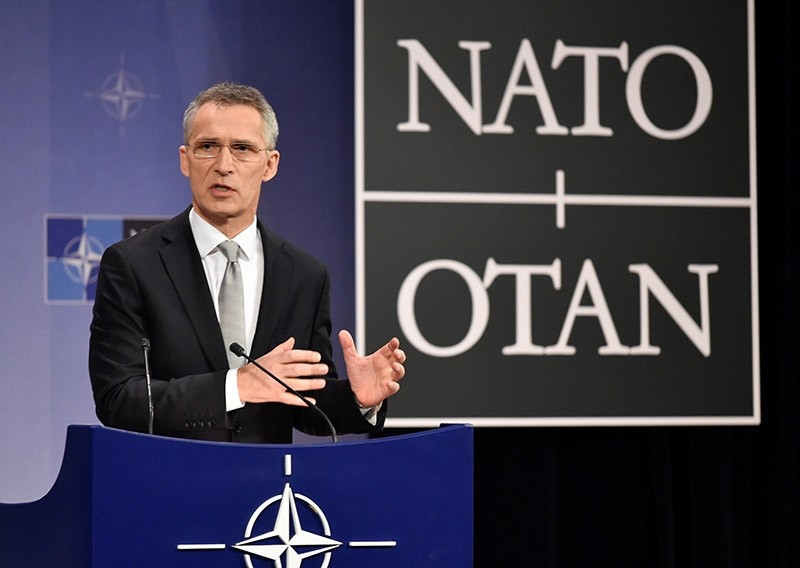 NATO Secretary-General Jens Stoltenberg gives a press conference on the second day of a Nato Defence ministers council meeting at the organisation's headquarters in Brussels on February 15, 2018. (AFP Photo)
by Associated Press Feb 15, 2018 12:00 am

NATO Secretary-General Jens Stoltenberg on Thursday announced that the alliance will expand its military training mission in Iraq and help the conflict-ravaged country develop new academies and schools for its armed forces.

NATO already has a small team of military and civilian personnel in Iraq and uses mobile teams to train national forces in de-mining, countering home-made bombs and dealing with explosives. The allies have also trained Iraqi troops in neighboring Jordan.

"We will scale up," Stoltenberg said after talks with NATO defense ministers in Brussels, though he declined to say how many personnel the effort would involve or where it would operate. He said the mission would not be used for combat, but rather to train Iraqi officers so they in turn can train their own troops.

NATO diplomats suggest the expanded mission could involve up to 200 personnel. The diplomats declined to be identified because the effort is still in the planning stages.

The training would take place in the capital Baghdad, other Iraqi cities and even in neighboring countries like Jordan. Germany's defense minister mentioned the possibility that some might take place in the northern city of Erbil.

Iraq is struggling to emerge from the chaos that followed the 2003 U.S.-led invasion that toppled dictator Saddam Hussein. After the invasion, the temporary U.S.-led administration disbanded the Iraqi army, leaving tens of thousands of trained personnel jobless and bitter.

Many took up arms, and while the insurgency has waned in recent years, the Daesh terror group flourished. Daesh has now been dislodged from the third of Iraq that it once held, but the group still poses a threat and the Iraqi armed forces remain relatively weak.

"We believe that it's in NATO's best interests that we project stability at the government of Iraq's request," U.S. Defense Secretary Jim Mattis told reporters.

"We will go to a consistent mission in Iraq to build the capabilities that they believe they need to sustain this effort and protect their people from an uprising of another type of terrorist organization," he said.

Stoltenberg declined to say how long the training might go on. The U.S. and NATO fought in Afghanistan for over a decade and helped build up local forces there for several years.

"One thing is to win on the battlefield, but afterwards we have to make sure that we are able to stabilize the country, and enable the local forces... the local authorities to be in charge," he said. "It's dangerous to leave too early because then we may be forced back into combat operations."