Iran defends military presence in Syria, asks US to leave 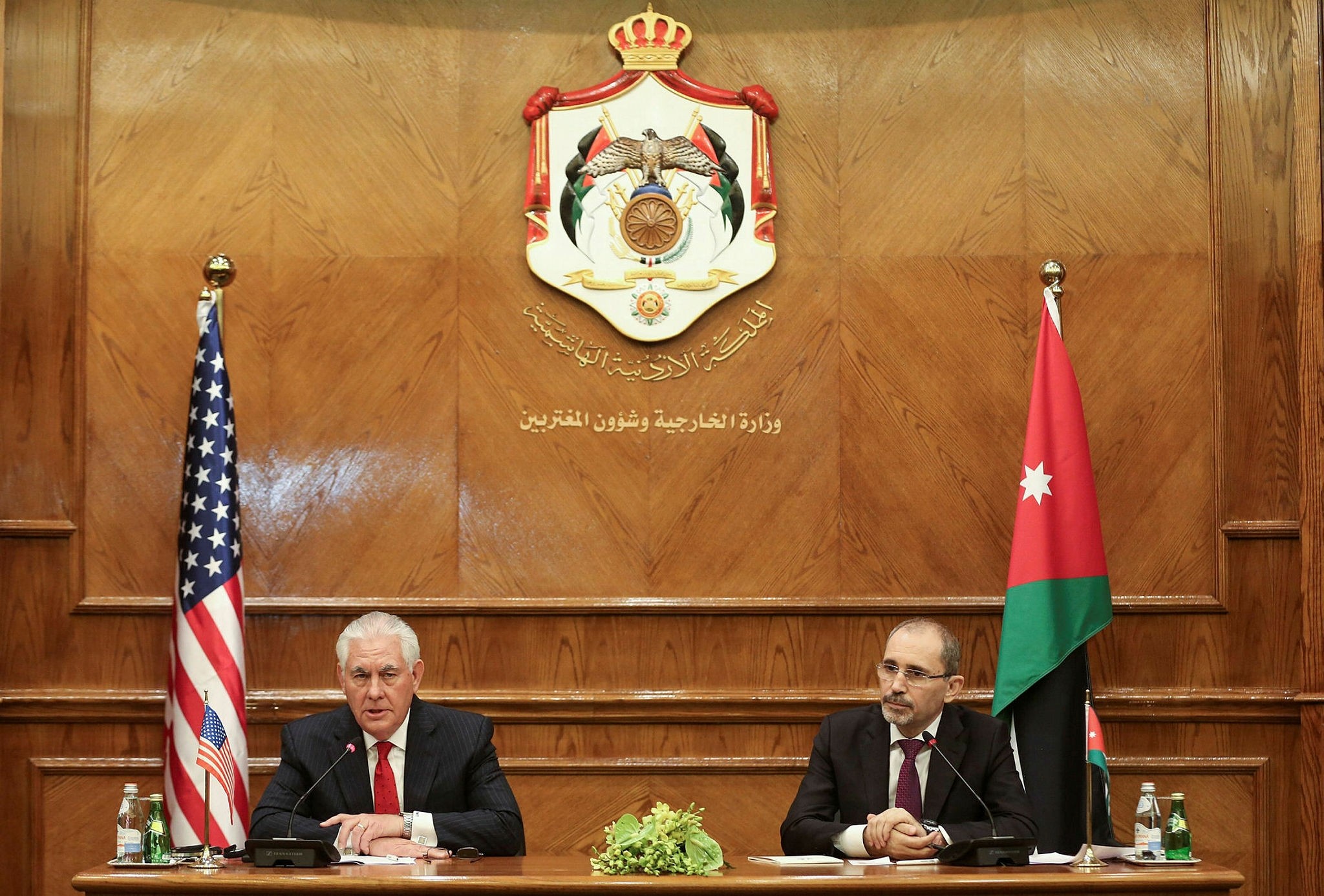 Iran hit back at the U.S. in a recent confrontation, saying its troops should leave Syria after Secretary of State Tillerson called on Tehran to withdraw its military presence in the country

A senior Iranian official said Wednesday that Iran's military presence in Syria was legitimate and based on the invitation of Damascus as he called on the U.S. forces to leave the country.

In response to U.S. Secretary of State Rex Tillerson, who said Wednesday that Iran needed to withdraw its military from Syria, Ali Akbar Velayati, a top aide to Iran's Supreme Leader, said, "Iran's military presence in Syria was based on an invitation of the Syrian [regime]," reports Reuters.

"Those who are in Syria without the permission of its legal government should leave the country," Velayati was quoted as saying by ISNA, in reply to a question on Tillerson's comments.

Tillerson said the U.S. was "quite concerned" by a recent confrontation that saw its ally Israel bomb what it described as Iranian targets in Syria.

"This again illustrates why Iran's presence in Syria is only destabilizing the region," he said at a press conference with his Jordanian counterpart, as reported by AFP.

"We think Iran needs to withdraw its military, its militia from Syria, and allow the hope for a peace process to take hold."

The Trump administration has vowed to confront Iran much more aggressively in the region, where it shares the Saudi view that Tehran is fomenting instability via a number of proxies in Lebanon, Syria and Yemen among other countries.

Tehran denies the allegations. Referring to Iran as "the number one terrorist state," Trump said the Middle Eastern country supplies money and weapons to terrorist groups.

The Trump administration hit the ground running, re-imposing sanctions against Iran in its first weeks in office, and also instating restrictions against those who are complicit with Tehran.

The U.S. and Israel are concerned over Iran's growing influence in the Middle East, particularly in Syria and Lebanon. Israel is willing to resort to military action to ensure Iran never acquires nuclear weapons, the Intelligence Minister Israel Katz said in October where he is seeking backing for President Trump's tougher line on Tehran.

He wanted the nuclear agreement to be revised to remove an expiration date, and to impose tighter conditions to stop Tehran from developing new centrifuges capable of making weapons-grade nuclear material. He also urged sanctions to stop Iran from establishing Syria as a military base to launch attacks on Israel and action to put a halt to Tehran's development of ballistic missiles.