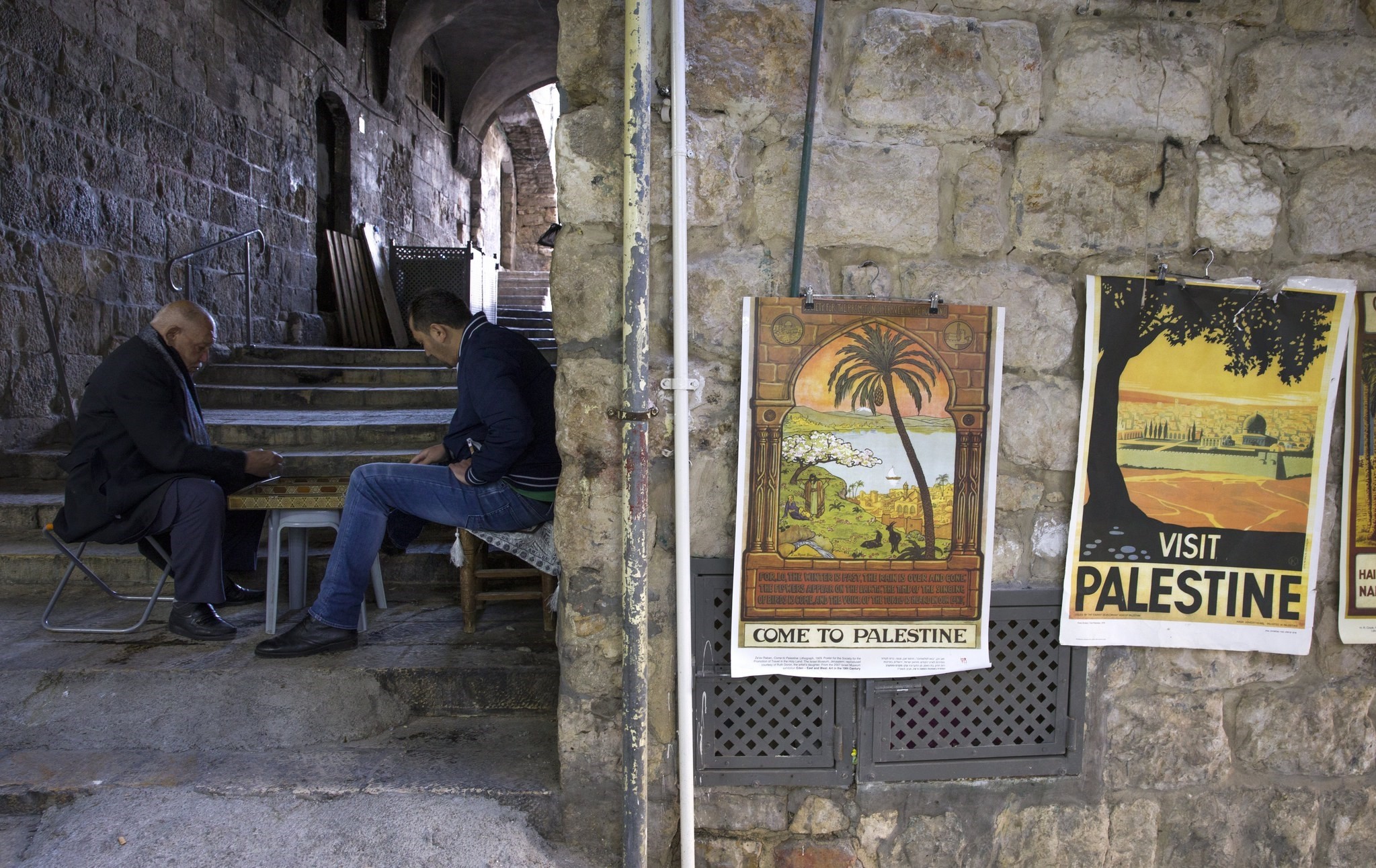 Palestinians in the Moslem Quarter of Jerusalem's Old City pass the time playing dominoes nearby some reproductions of old tourism posters enticing visitors to 'Palestine', on 14 February 2018. (EPA Photo)
by Daily Sabah with Agencies Feb 18, 2018 12:00 am

Israeli ministers Sunday greenlighted a bill allowing the country to withhold tax monies it collects for the Palestinian Authority by the same amount as stipends that the PA pays to ex-prisoners in Israeli jails and families of Palestinians who were killed in clashes with the Israeli forces.

The far-right Defence Minister Avigdor Lieberman, known for his anti-Arab tirades and strident populism, whose ministry drafted the bill, welcomed the vote in a ministerial committee, the first step toward sending it to parliament to be passed into law.

"Soon there will be an end to this theatre of absurd," he wrote in Hebrew on Twitter, adding that the money confiscated would be used "to prevent terror and compensate victims".

Israel annually collects around $127 million in customs duties levied on goods destined for Palestinian markets that transit through Israeli ports monthly and then transfers it to the PA.

It has withheld payment in the past, notably in response to Palestinian admission in 2011 to the UN cultural agency UNESCO as a full member.

The Israeli move comes as the US Senate considers a bill approved by the House of Representatives to withhold aid to the PA if it does not stop paying families of people who were killed in clashes with Israeli forces.

Republican and Democratic U.S. lawmakers alike have warned that the payments incentivise violence and serve as a sticking point in the Middle East peace process.

According to the Israeli bill, Lieberman will present an annual report detailing payments to "terror activists" and their families granted by the Palestinian Authority", his office said.

"Based on the report, the sum will be deducted from payments handed from Israel to the Palestinian Authority."

The bill will now face a series of parliamentary debates and votes before being finalized.

The Palestinian government slammed the move, calling it "piracy and theft" as well as a breach of international law, official news agency WAFA said.