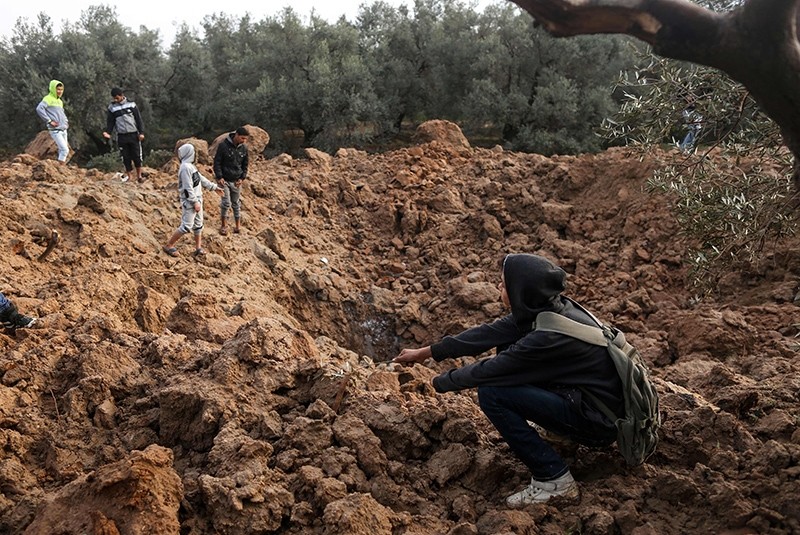 Two Palestinians were killed in Israeli airstrikes on the Gaza Strip early Sunday, according to the Palestinian Health Ministry.

The Israeli military said it struck 18 targets in Gaza overnight, in response to an explosive device that wounded four soldiers along the border with the territory.

The military said the targets included alleged weapon-manufacturing sites and training infrastructures of Hamas, the Palestinian resistance movement that rules Gaza. Israel holds it responsible for all attacks emanating from Gaza, regardless of who carries them out. There were no reports of casualties in Gaza from the attacks.

"Two youths were martyred in the attacks," ministry spokesman Ashraf al-Qudra said in a statement.

He identified the victims as Salem Sabah and Abdullah Abu Sheikha — both 17-years-old — from southern Rafah city.

On Saturday, Israeli Prime Minister Benjamin Netanyahu has vowed to "respond harshly" to the attack.

Israel waged a devastating 51-day military onslaught on the Gaza Strip in mid-2014 in which more than 2,300 Palestinians were killed and tens of thousands injured.

According to Israeli figures, 68 Israeli soldiers and five Israeli civilians were killed in the conflict, while 2,522 others, including 740 soldiers, were injured.