Lebanon prepared to defend itself against Israeli strikes, minister says 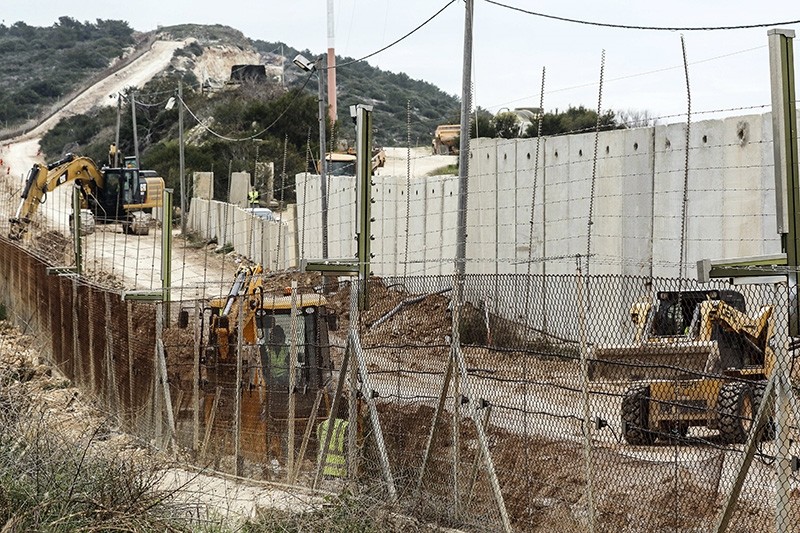 Israeli workers construct a wall along the Israeli - Lebanon border, in the coastal town of Naqoura, south Lebanon (EPA File Photo)
by Compiled from Wire Services Feb 18, 2018 12:00 am

Lebanese Defense Minister Yaacoub Sarraf says his country is prepared to defend itself if Israel launches strikes on its territory.

The comments came Sunday after Israeli Prime Minister Benjamin Netanyahu said his country had shot down an Iranian drone in its airspace, and would "act if necessary" against Iran and its proxies, such as the Lebanese militia Hezbollah.

Sarraf told participants at the Munich Security Conference he'd had "an Israeli drone above my head for the past 15 years" but that his country has "no belligerent intent" against anyone.

But he says "we will defend ourselves" and that "we are for peace, yet we will not stand for any threat and we will not accept any aggression. "

Hezbollah and Israel last fought a major conflict in 2006.

Lebanon has an unresolved maritime border dispute with Israel over a triangular area of the sea of around 860 sq km (330 square miles) that extends along the edge of three of five blocks Lebanon put to tender early last year.

Lebanon in December approved a bid by a consortium of France's Total, Italy's Eni and Russia's Novatek for two blocks. One of the awarded blocks, Block 9, borders Israeli waters. "The block lies entirely within Lebanon's territorial and economic waters," the army statement said.