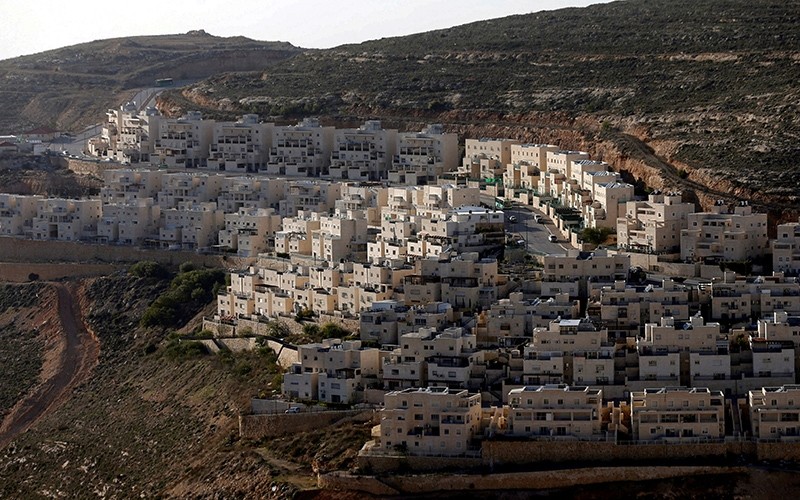 The number of illegal Jewish settlers in the West Bank grew at nearly twice the rate of Israel's overall population last year, a settler leader said Monday, predicting that settlement growth would surge even more in the coming years thanks in part to the Trump presidency.

"This is the first time, after years, that we are surrounded by people who really like us, love us, and they are not trying to be objective," Katz said. "We have to thank God he sent Trump to be president of the United States."

Katz is founder of "West Bank Jewish Population Stats," a report sponsored by "Bet El Institutions," a prominent settler organization that has ties to Trump's closest Mideast advisers. He said the figures are based on official data from the Israeli Interior Ministry not yet available to the public.

In comparison, Israel's total population grew 1.8 percent to 8.743 million last year, according to the Central Bureau of Statistics.

Katz said the rapid growth of the settlements should put to rest the idea of a two-state solution favored by the Palestinians and most of the international community.

Based on recent growth patterns, he said the West Bank settler population could approach 500,000 by the time Trump leaves office. His study did not include the more than 200,000 Israelis now living in east Jerusalem, the Palestinians' hoped-for capital.

"We are changing the map," he said. "The idea of the two-state solution is over. It is irreversible."

International law considers the West Bank and East Jerusalem to be "occupied territories" captured by Israel in 1967, deeming all Jewish settlements and building activities on the land to be illegal. Until today, Israel has continued to misappropriate Palestinian land in the West Bank — on which it has steadily continued to build Jewish-only settlements — in breach of international law.

Since January 2017, Israel has announced plans to build over 6,000 settler homes in occupied territories claimed by the Palestinians.

Israel occupied the West Bank, including East Jerusalem, during the 1967 Middle East War. It later annexed Jerusalem in 1980 as the capital of the Jewish state, a claim without international recognition.

A string of U.S. presidents, both Republican and Democrat, have endorsed the idea of a two-state solution and have joined the international community in opposing settlements as obstacles to peace.

But after years of failed U.S.-led peace efforts, Trump has taken a different line. He says he would support a two-state solution only if both sides agree to it. Israeli Prime Minister Benjamin Netanyahu's nationalist coalition is dominated by settler allies who oppose Palestinian independence.

Trump also has taken a softer stance toward the settlements, urging restraint at times but avoiding the strong condemnations of his predecessors. His ambassador to Israel, David Friedman, is a former president of Bet El Institutions. His chief Mideast adviser, son-in-law Jared Kushner, has donated to the group, and even Trump once sent a donation.

These deep ties to the settlements have helped fuel Palestinian suspicions of the White House. Those suspicions deepened after Trump recognized Jerusalem as Israel's capital in December, prompting the Palestinians to say the U.S. can no longer be an honest Mideast broker. Trump's team has been working on a peace proposal, though it is not clear when it will be released.

"What is required of the world, including the American administration, is to condemn the settlements as illegitimate and illegal and to recognize the principle of two states on the 1967 borders," he said. "if they want to keep hope in any future peace process, they must stop these plans."

Brian Reeves, spokesman for Peace Now, an anti-settlement monitoring group, said it could not corroborate Katz's figures but that they are in the "ballpark" of its own estimates.

Katz said the settlement growth has been fueled both by natural growth of the population, which is heavily religious and tends to have larger families, as well as the attraction of cheaper housing in the West Bank.

He predicted even faster growth in the coming years, claiming that the Trump White House has given Netanyahu a "green light" to advance construction.

"Bibi is less afraid of what the president will say about him," he said. "We are very, very, very happy with the Trump administration."