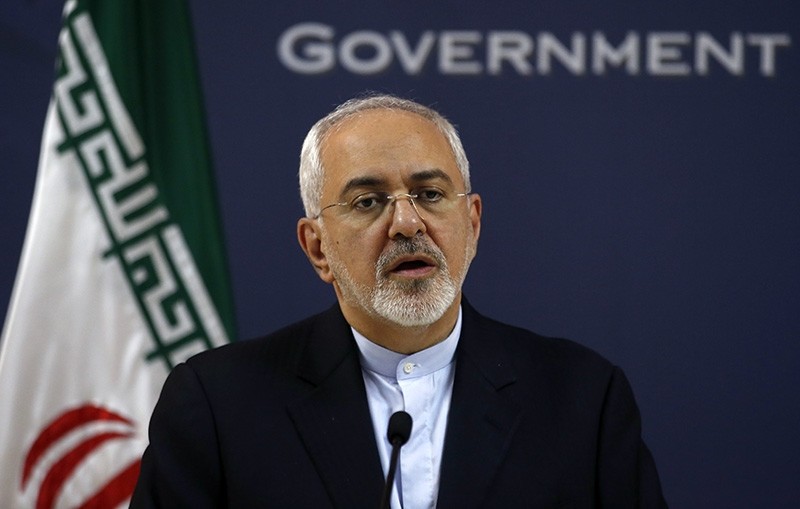 Iran's foreign minister slammed the European Union for "extremism" in relationship to Tehran in an interview published Monday ahead of a meeting with his French counterpart.

"In order to keep the United States in the Iran nuclear deal, European countries are suffering from extremism and this will ultimately undermine Europe's policy," Mohammad Javad Zarif told reformist newspaper Etemad.

It is the first visit by one of the European signatories to the 2015 nuclear deal since US President Donald Trump set an ultimatum that he would abandon it if it was not "improved."

But Zarif warned in the interview that "any action to satisfy the party that has most violated the nuclear agreement is useless."

"The Europeans, because of the policy of the U.S. could not meet their commitments, especially in the banking sector. Therefore these two groups are not in a position to set conditions for the country that has fully implemented its commitments," the minister added.

Zarif also hit out at the "error" by European nations including France and the United Kingdom of backing regional rival Saudi Arabia as it heads a coalition fighting rebels in Yemen.

Le Drian's team has made it clear to Tehran that he is no "emissary of Donald Trump," and wants to preserve the nuclear deal.

But France's top diplomat has said that without an end to ballistic missile tests by Iran, it will "always be suspected, with reason, of wanting to develop nuclear weapons."

Tehran denies seeking nuclear arms and says its missiles are purely defensive and not up for discussion.