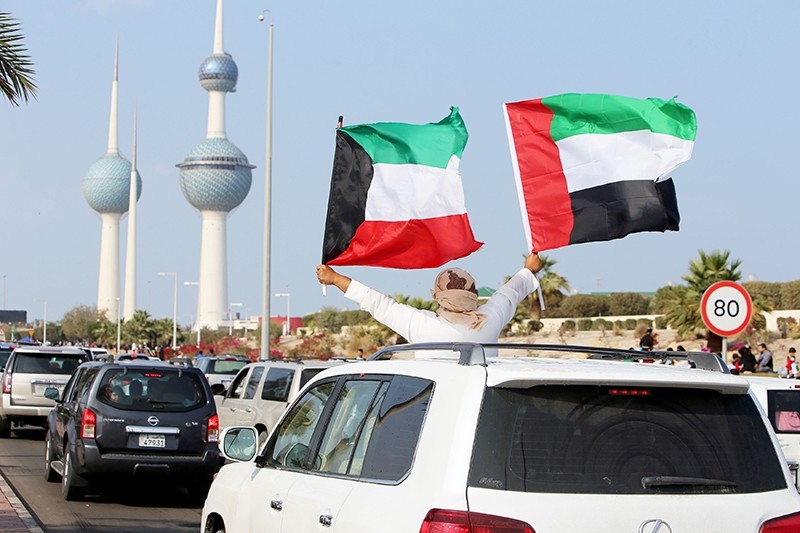 Kuwaitis celebrate the country's 57th Independence Day and the 27th anniversary of the end of the Gulf war with the liberation of Kuwait from Iraqi occupation, in Kuwait City on Feb. 25, 2018. (AFP Photo)
by Daily Sabah with AA Mar 06, 2018 12:00 am

Kuwait's National Assembly on Tuesday approved the second reading of a draft legislation that would, if passed, allow "stateless people" - residents of Kuwait who do not have citizenship - to serve in the army.

The reading was approved by a vote of 52 to 5 with one lawmaker abstaining, according to the official KUNA news agency.

Parliament approved a first reading of the bill last month.

The legislation would allow stateless people to serve in the army with the same positions and benefits as Kuwaitis. Since their salaries will be paid in full without deductions for social insurance, these soldiers will end up gaining more than Kuwaitis, proponents of the bill have argued.

At the time, however, Defense Minister Mohammed al-Khalid al-Sabah had said that only those stateless people whose fathers had served in the army would be allowed to join the country's armed forces.

There are roughly 96,000 stateless people in Kuwait, according to official estimates.

The Bedoon lack Kuwaiti citizenship and are viewed as illegal immigrants by the Kuwaiti authorities.