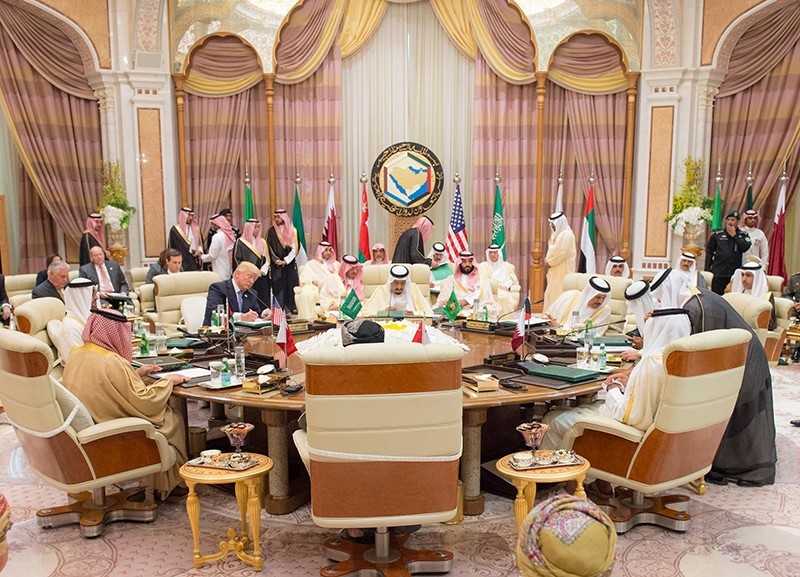 A series of planned visits to the U.S. by prominent Arab Gulf personalities appears to be aimed at laying the groundwork for a major U.S.-Gulf summit in May.

According to high-level Arab officials, the sought-for summit is mainly intended to resolve a months-long political crisis pitting Qatar against a four-nation Arab bloc led by Saudi Arabia.

"There is hope of convening a summit in the U.S. with the aim of resolving the crisis in inter-Arab relations," al-Jarallah said. "But invitations have yet to be sent."

He added that the crisis has to be resolved "one way or another" so that Gulf states can collectively deal with many challenges facing the region.

"The U.S. is aware of this and — like Kuwait — hopes to end the dispute so that it might devote itself entirely to confronting these challenges," al-Jarallah said.

The tour was reportedly aimed at finding a solution to the Gulf crisis and laying the groundwork for a summit to be held sometime in May.

Last summer, a Saudi-led bloc of states — including the United Arab Emirates, Egypt and Bahrain — collectively severed relations with Qatar, accusing Doha of supporting terrorist groups in the region.

Qatar, however, has steadfastly refused to comply, strenuously denying the accusations leveled against it.

Kuwait, for its part, has maintained neutrality, dispatching several high-level emissaries to mediate between Qatar and the countries arrayed against it.