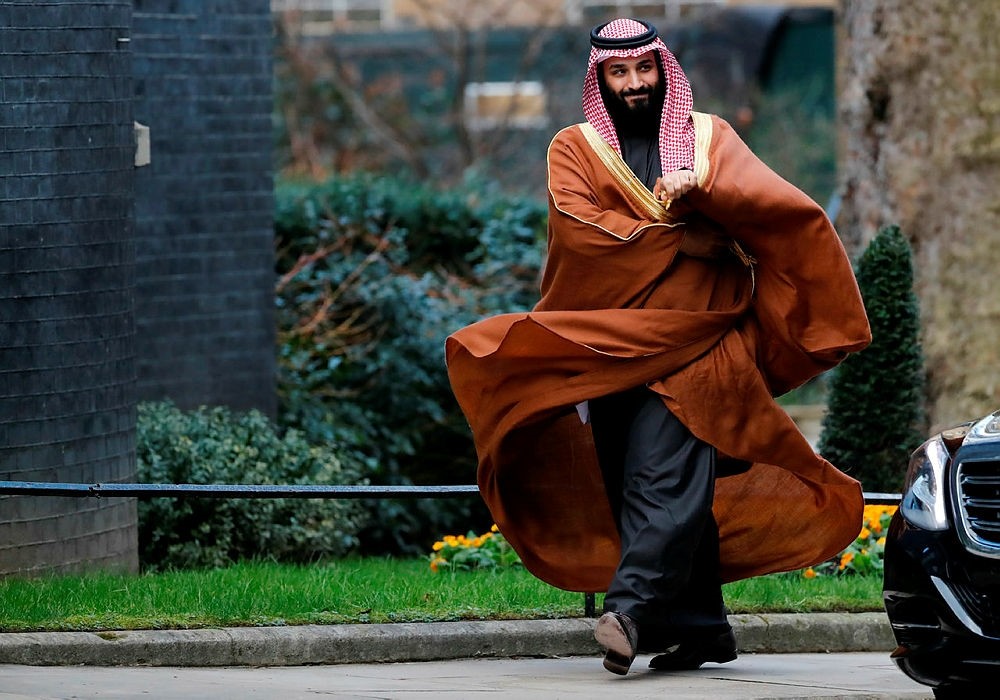 "These words are worthless ... because they come from a simple-mind full of illusions who speaks only bitterness and lies," said Iranian foreign ministry spokesman Bahram Ghasemi.

In an interview with CBS television, parts of which were released Thursday, Prince Mohammed also said that if Tehran develops a nuclear weapon, Riyadh will follow.

"Saudi Arabia does not want to acquire any nuclear bomb, but without a doubt, if Iran developed a nuclear bomb, we will follow suit as soon as possible," the crown prince said.

Iran's supreme leader Ayatollah Ali Khamenei "wants to create his own project in the Middle East, very much like Hitler who wanted to expand at the time," said the 32-year-old heir to the throne.

Iran and Saudi Arabia are arch-rivals who back opposing sides in regional conflicts from Yemen to Syria.

Prince Mohammed's remarks were aired just days before he due to visit Washington for talks with U.S. President Donald Trump.