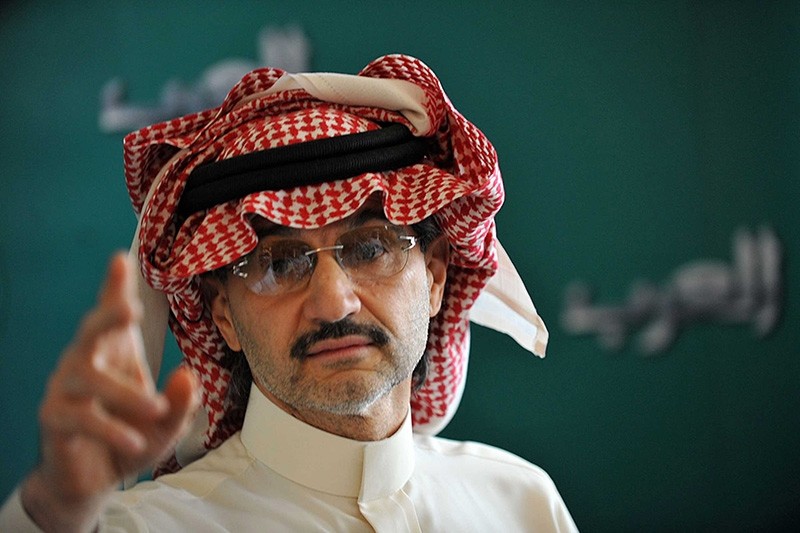 Saudi Prince Alwaleed bin Talal, the chairman of Kingdom Holding who spent nearly three months in detention in the kingdom's anti-corruption campaign, told Bloomberg TV he had reached an agreement with the government for his release.

The prince declined to disclose the details of his "confirmed understanding" with authorities in the interview, which aired on Tuesday but said it was easy to verify that he still held a 95 percent stake in his global investment firm.

"When I say it is a confidential and secret agreement, an arrangement that is based on a confirmed understanding between me and government of Saudi Arabia, I have to respect that," he said. The process with the government was ongoing, he said.

The prince also said he was in talks with the country's emerging sovereign wealth fund about co-investments in domestic projects, and that Kingdom Holding was looking at splitting its $13 billion of assets by spinning off some holdings.

Prince Alwaleed, Saudi Arabia's most recognized business figure, was freed on Jan. 27 after being held at Riyadh's Ritz-Carlton, along with scores of royals, senior officials and businessmen, on the orders of Crown Prince Mohammed bin Salman.

Most detainees were released after reaching financial settlements that netted just over $100 billion for the state, the attorney general has said, without providing details.

In an interview at Riyadh's Ritz-Carlton conducted hours before his release, Prince Alwaleed told Reuters he maintained his innocence and expected to keep full control of his firm.

A senior Saudi official would not confirm that claim but said any settlements included an admission of guilt.

In the absence of more information, speculation has run rampant about whether Prince Alwaleed secured his freedom by forfeiting part of his fortune - estimated by Forbes magazine at $17 billion - or stood up to authorities and won.

Prince Alwaleed told Bloomberg he would continue to invest in Saudi Arabia and that he held no ill will toward his uncle King Salman and his cousin Prince Mohammed.

"It's business as usual," he said.

The prince said he was in discussions with the Public Investment Fund (PIF), which is chaired by the crown prince, about making joint investments inside the kingdom.

Those talks began before his detention at the Ritz-Carlton and focused around putting his Four Seasons hotels in the PIF's Red Sea Project on the West Coast and entertainment district outside the capital, he said.

The prince said he was open to considering investments in NEOM, the PIF's planned futuristic $500 billion city in Saudi Arabia's northwest corner, once its basic infrastructure was in place.

Asked about plans to restructure his firm, the prince said Kingdom Holding was planning to split its $13 billion of assets by spinning off its domestic property and other holdings.

"It will take some time as we are still developing that matter," he said.

The prince said he was working with advisers, including Goldman Sachs, to look for investments as large as $3 billion for Kingdom. The company is "on the verge" of getting between $1 billion and $2 billion in financing facilities, he said.