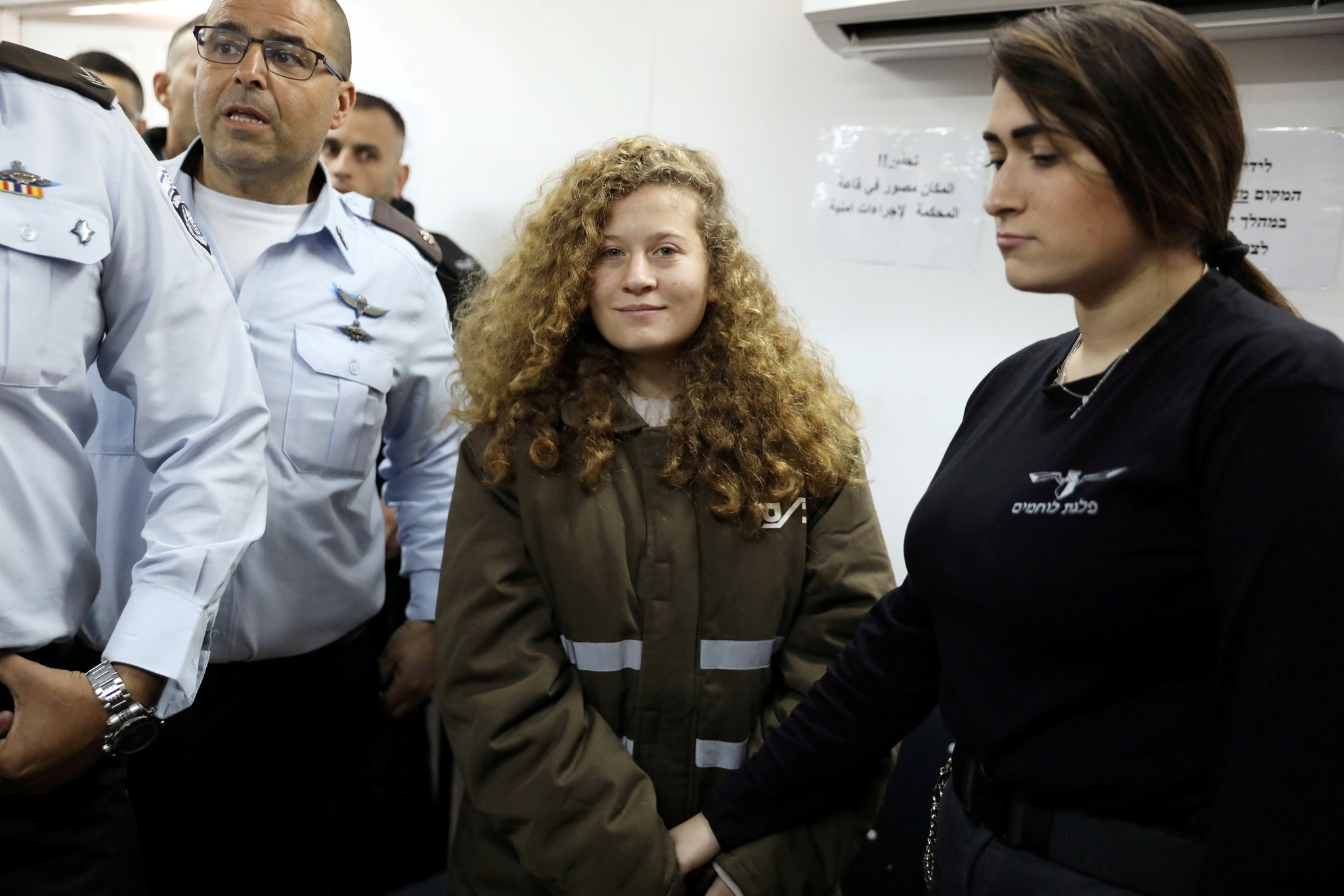 An Israeli military court has sentenced Palestinian teenage protest icon Ahed Tamimi to eight months in prison for slapping and kicking two soldiers after a plea bargain was reached.

The 17-year-old Tamimi told reporters in court there is "no justice under occupation and we are in an illegal court."

Ahed Tamimi, 17, became a hero to Palestinians after the Dec 15 incident outside her home in the village of Nabi Saleh was streamed live on Facebook by her mother and went viral.

Tamimi was 16 at the time of the offense. Her trial began last month and she faced 12 charges, including aggravated assault.

The incident prompted criticism from right-wing Israelis that the military looked weak by allowing the teenager to strike a soldier and an officer with impunity.

The army said the soldier "acted professionally" by showing restraint. Tamimi's mother, Nariman, and a cousin were also arrested. Both have accepted plea bargains, a family lawyer said.

The case drew global attention. Amnesty International called Tamimi the "Rosa Parks of Palestine", and the small courtroom was often packed with journalists, diplomats and international observers during hearings, during which Tamimi was led into court in shackles.

A group of American cultural figures, including actors Danny Glover and Rosario Dawson and novelist Alice Walker, signed a petition calling for her release and comparing her case to those of "the children of immigrants and communities of color who face police brutality in the United States".