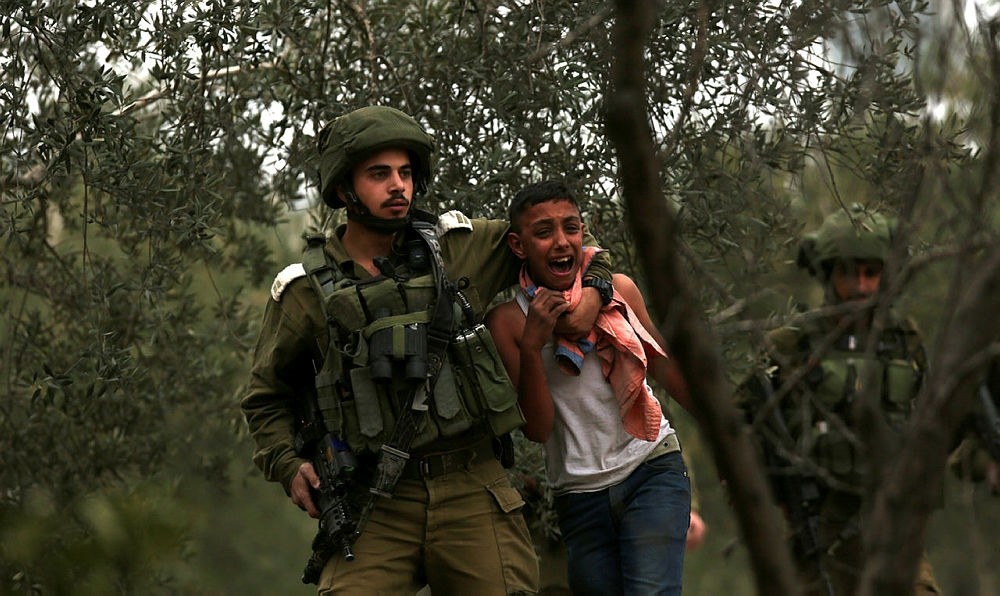 "The Israeli authorities have stepped up their arbitrary measures against child detainees since December of 2017," the Palestine Liberation Organization (PLO)'s committee on detainees said.

"During this period, 562 Palestinian children and minors were arrested from all over the West Bank and East Jerusalem," the report said.

It goes on to note that Israel's arrest policy appears to be aimed at "terrorizing children, distorting their reality and destroying their futures."

"Detained children were subjected to one or more forms of physical and psychological torture and were held in difficult conditions," the report added.

PLO also warned that such treatment would likely "affect their physical, mental and emotional development."

According to Palestinian figures, more than 6,400 Palestinians — including some 300 children — are currently languishing in Israeli prisons.

The Palestinian territories have remained tense since the U.S. president recognized Jerusalem as Israel's capital last December, sparking condemnation and protest across the Arab and Muslim world.