No difference between killing, slapping in Israel 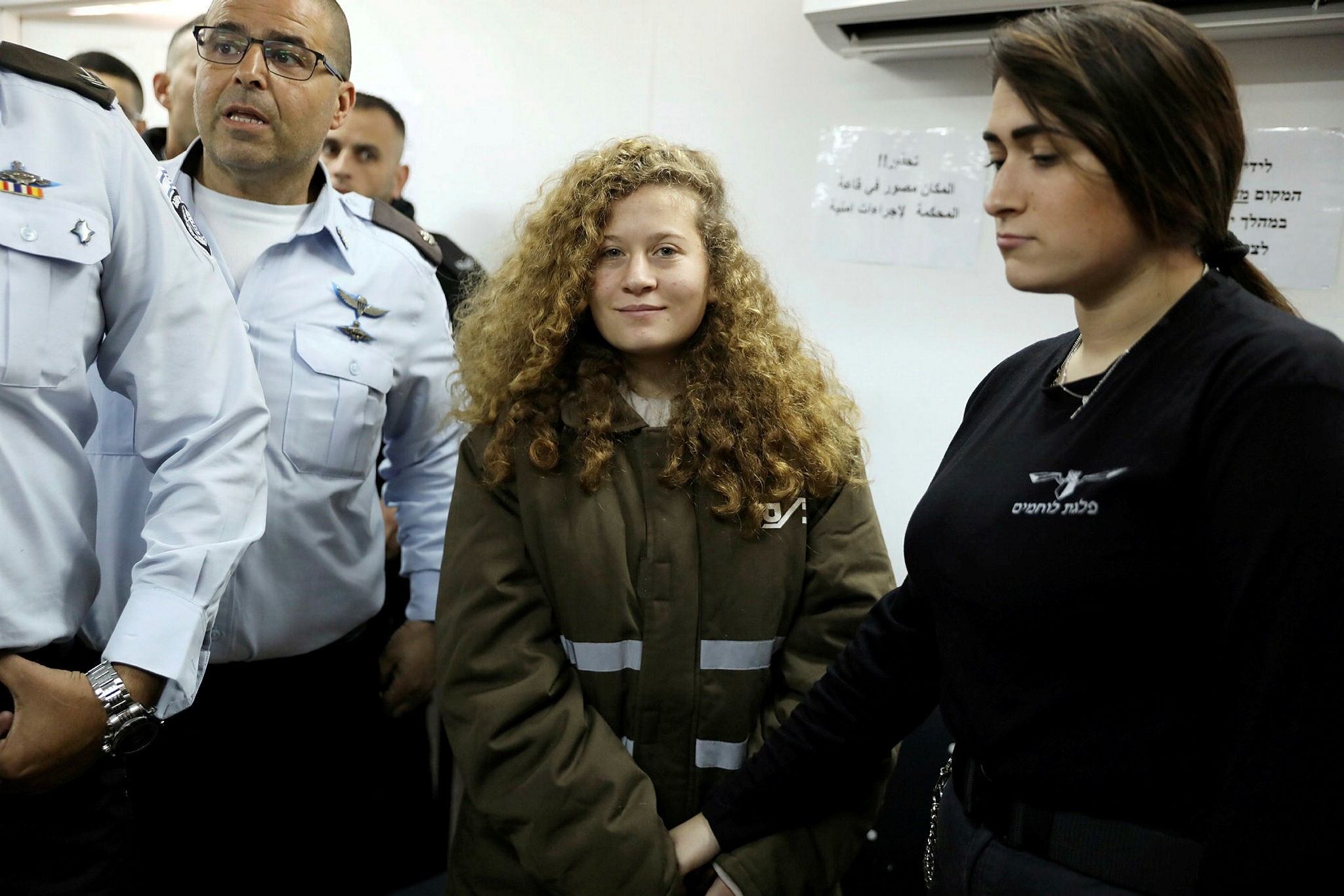 Two scandalous decisions from Israeli courts have demonstrated the injustice and imparity of Israeli laws as well as the politicization of jurisdiction. A Palestinian girl, Ahed Tamimi, 17, who was filmed slapping an Israeli soldier carrying out a raid was sentenced to eight months after a long trial during which she was held in a military prison. In the meantime, an Israeli soldier, Elor Azaria, who was filmed executing an injured Palestinian assailant lying on the ground, was sentenced to nine months. Israeli politicians and media treated him like a hero.

The incident with Tamimi took place while Israeli soldiers were in her town to disperse Palestinians, who had organized a demonstration against illegal Israeli settlements in the West bank, which is one of the core issues of the Israeli-Palestinian conflict. In a video widely circulated on social media, Tamimi slaps and kicks a heavily armed Israeli soldier. Afterward, she was arrested on 12 charges, including aggravated assault. "Tamimi's attorney Gaby Lasky said that under the deal approved by the court, Tamimi will plead guilty to a reduced charge sheet that includes assault and would be sentenced to eight months in jail and pay a fine of 5,000 shekels (about $1,430). The Israeli military confirmed the details of the deal. Lasky said the jail term included the time Tamimi has spent in detention since her arrest in December," an Associated Press (AP) report said.

Tamimi's case has drawn international criticism. Several celebrities have made statements in favor of Tamimi and many American cultural figures, including actors Danny Glover and Rosario Dawson and novelist Alice Walker, signed a petition calling for her release and comparing her case to "the children of immigrants and communities of color who face police brutality in the United States." Pointing out the fact that Tamimi's appearance is quiet European, her father Bassem Tamimi said: "When European people see my daughter, blonde and blue-eyed, they are shaken, because they see their children in front of them. It broke the stereotypical image of Palestinians in the international community."

Some international organizations have also made statements in objection to the verdict. "The Israeli authorities must stop responding to relatively small acts of defiance with such disproportionately harsh punishments. By ruthlessly targeting Palestinians, including children, who dare challenge Israel's oppressive occupation, the authorities are neglecting their responsibilities under international law as an occupying force," Amnesty International said.

After Tamimi's case, an Israeli court made another unsurprising decision. At the beginning, Azaria was sentenced to 18 months, but Israeli lawmakers and Prime Minister Benjamin Netanyahu condemned the verdict and asked for a reduction. Several ministers from different political views made similar statements and appealed to the public to support the soldier and his family. As a result, mass protests took place calling for his release.

On March 24 of last year, Azaria was captured on film killing an immobile and badly wounded Palestinian assailant. The presiding judge, Maya Heller, said it was found that Azaria's actions had seriously harmed the values of Israeli society as a whole. The court added that the soldier did not regret his actions. As a result of pressure, the 18-month sentence was reduced to nine months.