UNICEF calls for end to brutal war on children in Yemen 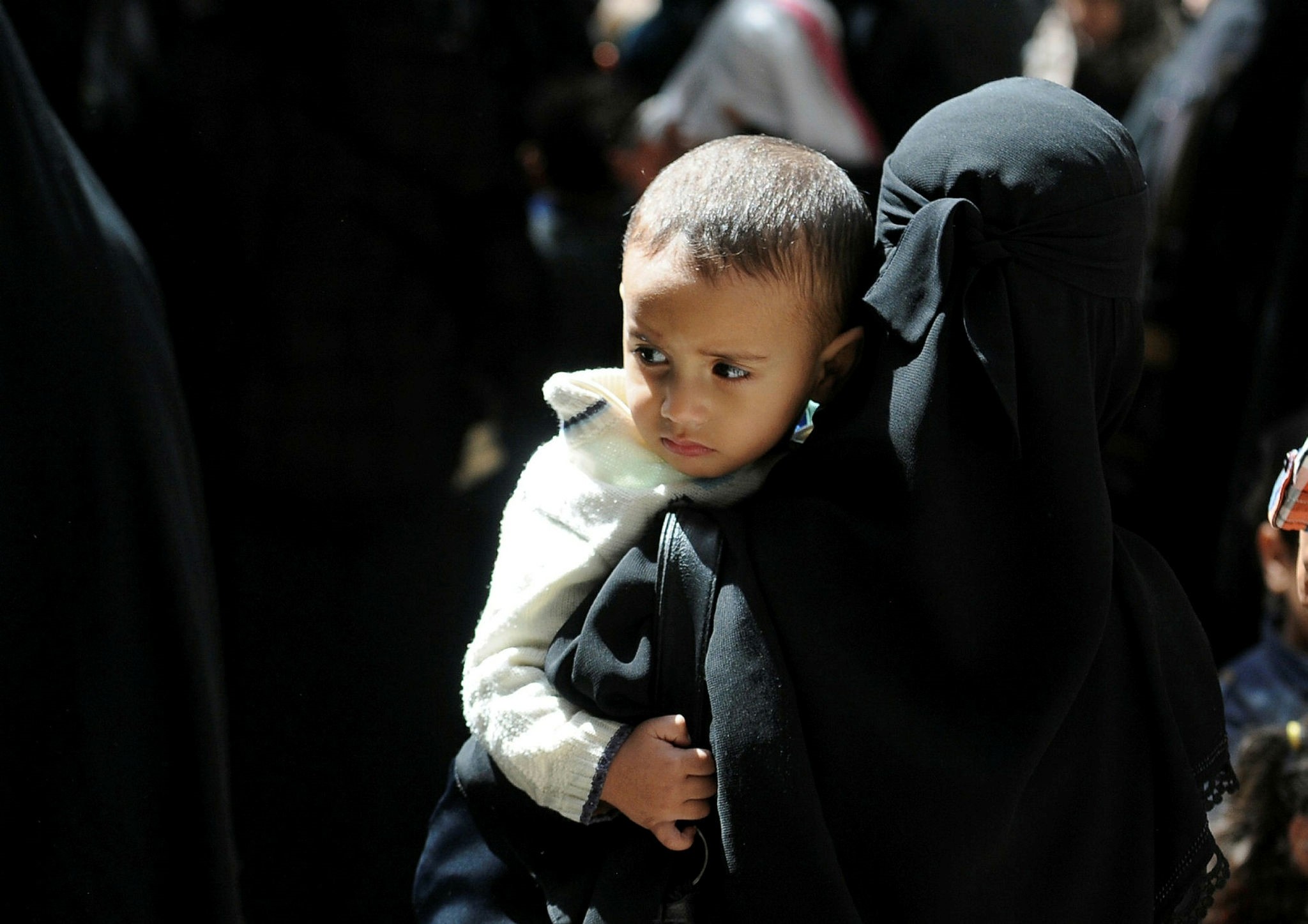 Yemeni woman waits to get her children vaccinated against diphtheria at a health center in Sanaa, March 13.
by Compiled from Wire Services Mar 26, 2018 12:00 am

Three years of war have doubled the number of children suffering from severe malnutrition from 200,000 in 2015, UNICEF warned while urging both sides to end the brutal war

A senior official in the United Nations children's agency says the number of severely malnourished children in Yemen has doubled in three years of civil war, from 200,000 in 2015, and that an additional half a million boys and girls can no longer go to school.

Regional UNICEF Director Geert Cappelaere called yesterday for an end to a "brutal war on children" in Yemen - a proxy battle between rivals Saudi Arabia and Iran.

"The first task is a simple and straightforward one ... the brutal war on children [must] stop; to stop not tomorrow but to stop now," he said, adding that "none of the parties have shown the slightest respect for children," he told a press conference in the Jordanian capital Amman, as reported by dpa.

"We as UNICEF, we as a humanitarian community are losing precious time. Discussing conditions that are imposed by all sides, prevents us from delivering humanitarian assistance," he added. During his visit, he went to the northern and southern parts of the country, which are controlled by rival sides of the civil war.

Cappelaere said both sides have blocked or delayed humanitarian aid shipments, including solar equipment and fuel needed to improve access to clean water and fight an outbreak of cholera and diarrhea that affected more than 1 million Yemenis last year. He said that time, energy and money was wasted "for discussions that should never happen" about aid deliveries.

"Let's not fool ourselves. Cholera will come back. The rainy season will start in a few weeks so without a huge investment cholera will hit Yemeni people and children again," he said. Children under the age of 15 account for over 40 percent of suspected cases and a quarter of deaths, according to UNICEF.

About 7 million people in Yemen, out of a population of 27 million, depend entirely on food aid, and 4 million rely on aid groups for clean water. More than 2,000 people died of cholera in Yemen last year, adding to the 8,600 who have died in the conflict between the Saudi-backed government and Iran-backed Shiite rebels since 2015.

Yemen, one of the Arab world's poorest countries, has been embroiled in a devastating conflict between the government, backed by Saudi Arabia, and the Iran-backed Houthi rebels over the past three years.

The civil war, which marks three years today, has left the health and educational systems on the verge of collapse. Close to 2 million children are no longer attending school or have never had the chance to attend school.

Around 2,500 schools are no longer functioning because they were either destroyed or are used for other purposes, including military purposes.

Another reason is that "80 percent of Yemenis are living in deep poverty" and cannot afford the minimum expenses to send their children to schools. Moreover, the majority of teachers have not received their salaries for over a year.

Yemen's already unstable political situation took a turn for the worse in September 2014 when the Houthis seized control of the capital Sana'a. This forced the government to move to Aden. Months later, when the Houthis started advancing towards Aden, Saudi Arabia and allies launched their offensive to back Hadi, as Riyadh fears that the Houthis would give Iran a foothold on the Arabian Peninsula.