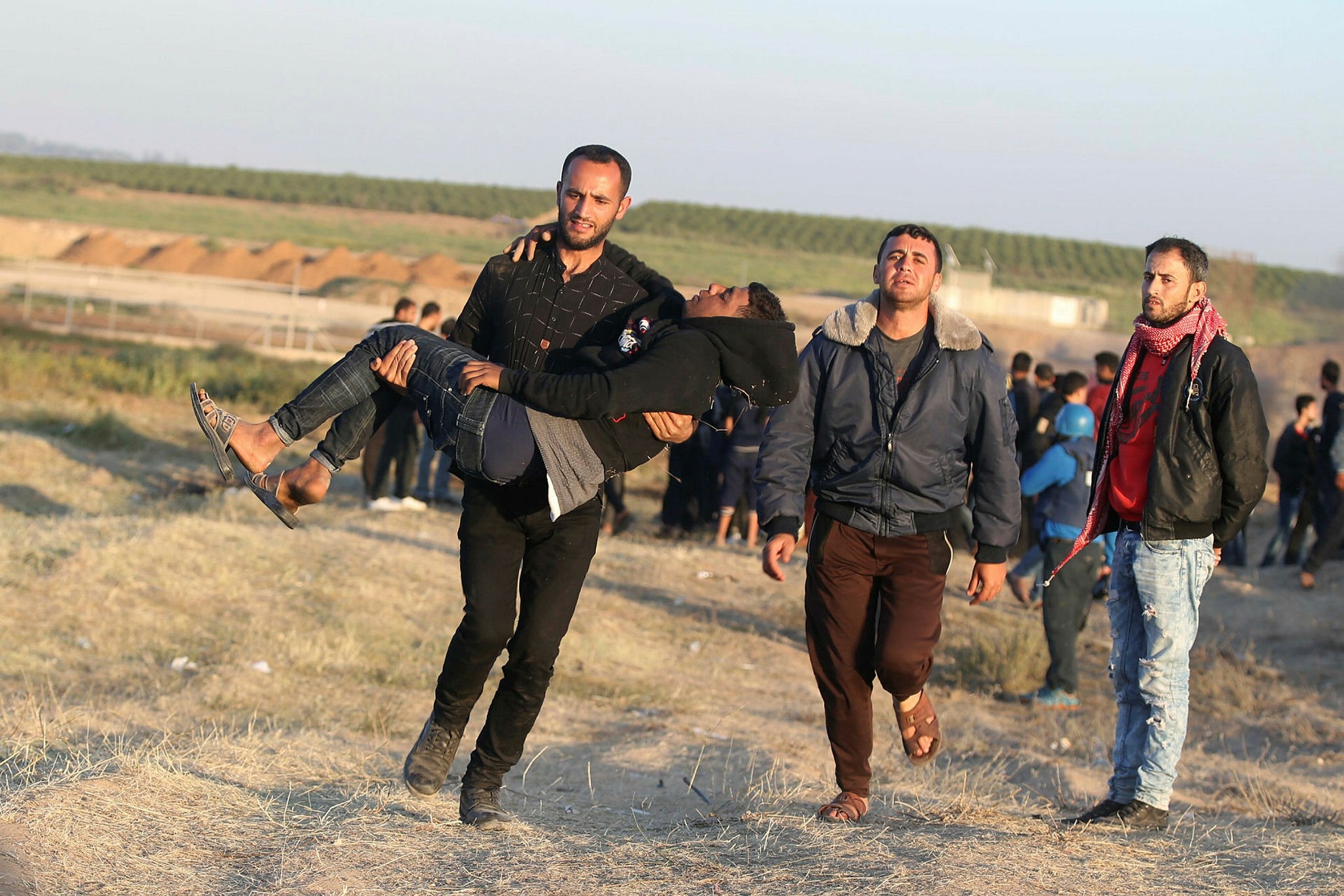 A Palestinian protester carries an injured friend during clashes with Israeli forces following a protest along the border with Israel, east of Gaza City on April 1, 2018. (AFP Photo)
by Compiled from Wire Services Apr 01, 2018 12:00 am

France urged Israel on Sunday to show restraint and protect civilians following the bloodshed due to Israeli military response to Palestinian demonstrations on the Gaza-Israel border that killed at least 15.

"France reminds the Israeli authorities of their duty to protect civilians and urges them to show the greatest restraint," a Foreign Ministry spokeswoman said in a statement.

Palestinians marked a general strike and a day of mourning on Saturday over the death of 15 Palestinians by Israeli gunfire during rallies demanding the right of return to refugees.

Shops across the occupied West Bank shuttered their doors, universities and schools suspended their classes and most businesses observed the general strike.

At least 15 Palestinians from the Gaza Strip were martyred and hundreds injured when Israeli forces opened fire on protesters marking "Land Day", an annual Palestinian commemoration of the deaths of six Arab citizens of Israel killed by Israeli forces in 1976 during demonstrations over government land confiscations in northern Israel.