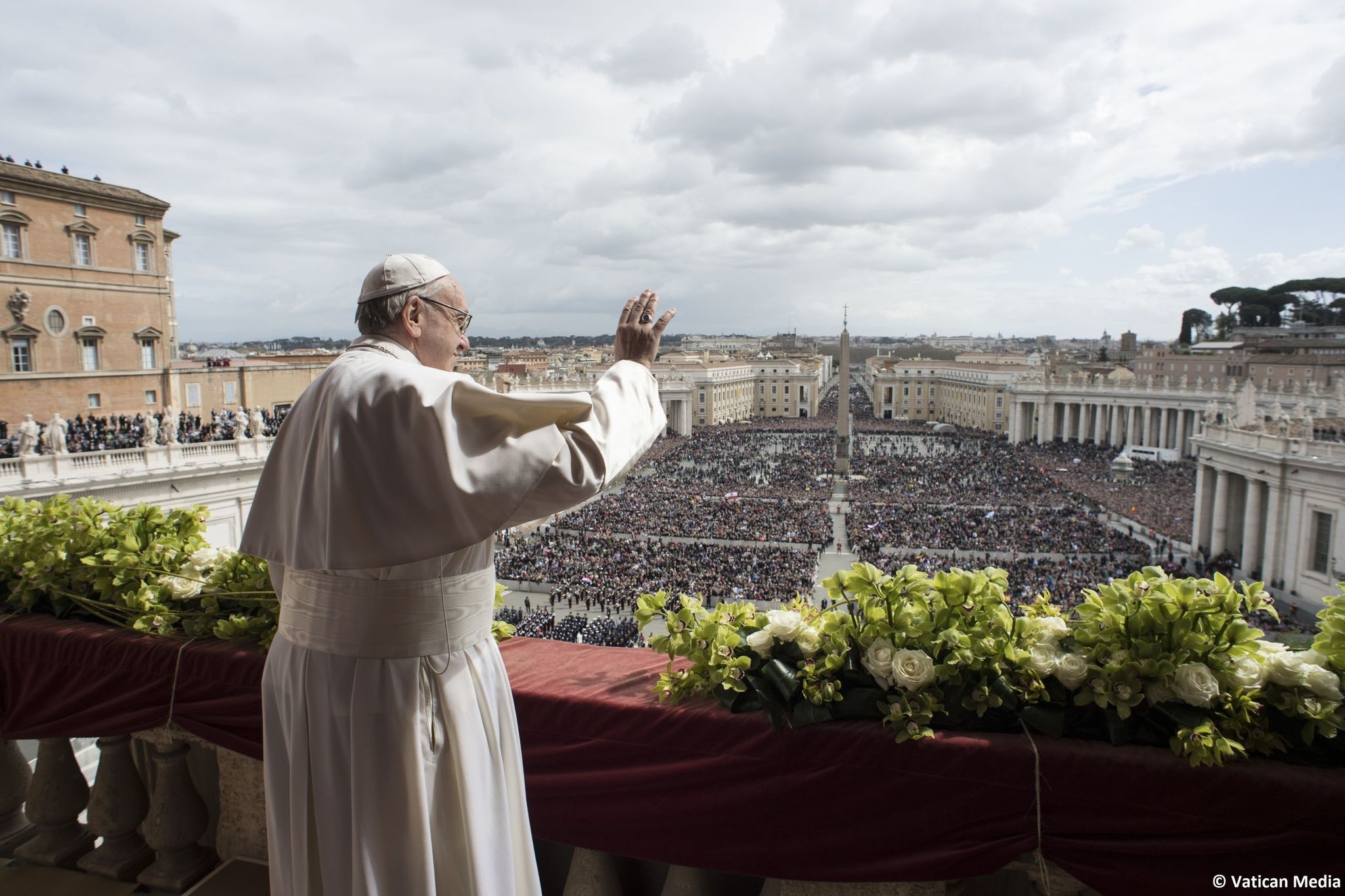 Pope Francis, in his Easter address on Sunday, called for peace in the Holy Land two days after 15 Palestinians were killed by Israeli soldiers on the Israeli-Gaza border, saying the conflict there "does not spare the defenseless".

The pope made his appeal in his "Urbi et Orbi" (to the city and the world) message from the central balcony of St. Peter's Basilica to tens of thousands of people in the flower-bedecked square below where he earlier celebrated a Mass.

He also appealed for an end to the "carnage" in Syria, calling for humanitarian aid to be allowed to enter, and for peace in South Sudan and the Democratic Republic of Congo.

Francis appeared to refer directly to the Gaza violence last Friday, calling for "reconciliation for the Holy Land, also experiencing in these days the wounds of ongoing conflict that do not spare the defenseless."

Israel's defense minister has rejected calls for an inquiry into the killings by the military during a peaceful Palestinian demonstration.

U.N. Secretary-General Antonio Guterres, Federica Mogherini, the European Union's foreign policy chief, and other leaders have called for an independent investigation into the bloodshed.

The Pope also begged for peace for "the entire world, beginning with the beloved and long-suffering land of Syria, whose people are worn down by an apparently endless war."

"This Easter, may the light of the risen Christ illumine the consciences of all political and military leaders, so that a swift end may be brought to the carnage in course ... " he said.

He spoke a day after the Assad regime command said it had regained most of the towns and villages in eastern Ghouta. Tens of thousands of people have now evacuated once-bustling towns in the suburbs east of the capital, which had nearly 2 million people before the start of the conflict and were major commercial and industrial hubs.

Francis called for international assistance for Venezuela, so that more people would not have to abandon their homeland because of the economic and political crisis.

He hoped the "fruits of dialogue" would advance peace and harmony on the Korean peninsula, where the two sides are set to hold their first summit in more than a decade on April 27, after North Korean leader Kim Jong Un pledged his commitment to denuclearisation.

Francis, celebrating his sixth Easter as Roman Catholic leader since his election in 2013, urged his listeners to work for an end to the "so many acts of injustice" in the world.

He prayed the power of Jesus' message "bears fruits of hope and dignity where there are deprivation and exclusion, hunger and unemployment, where there are migrants and refugees - so often rejected by today's culture of waste - and victims of the drug trade, human trafficking and contemporary forms of slavery".