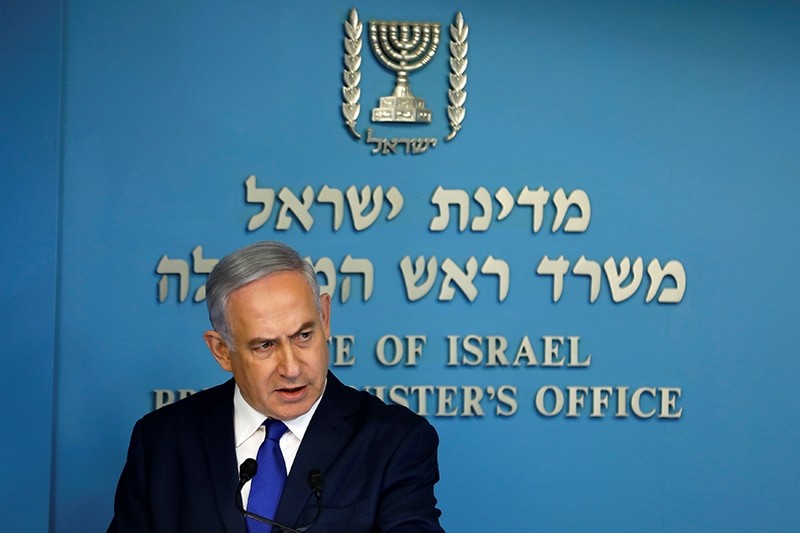 Israeli Prime Minister Benjamin Netanyahu said Tuesday he is canceling a new agreement with the U.N. refugee agency to relocate thousands of African migrants, after announcing he had suspended the deal.

"I have listened carefully to the many comments on the agreement. As a result, and after I again weighed the advantages and disadvantages, I decided to cancel the deal," Netanyahu said in a statement issued by the prime minister's office.

Media reports on Monday, citing a statement from Prime Minister Benjamin Netanyahu's office, said the deal had effectively canceled an Israeli plan to deport the migrants to unnamed African destinations, widely believed to be Rwanda and Uganda, with whom Israel has reached a secret agreement.

"It's a good agreement," Netanyahu had told reporters Monday.

"It enables us to solve this problem in a way that serves, protects the interests of the state of Israel and gives a solution to the residents of southern Tel Aviv and other neighborhoods, and also for the people who came into Israel."

Israel is currently home to some 40,000 asylum seekers, including 27,500 from Eritrea and 7,800 from Sudan, according to UNHCR figures.

Most of them arrived in Israel -- via Egypt -- during the period from 2006 to 2013 before a security fence was erected along the border between Israel and Egypt's Sinai Peninsula.

According to the Hotline for Refugees and Migrants (HRM), an Israeli NGO based in Tel Aviv, most of these migrants and asylum-seekers are concentrated in south Tel Aviv and in other cities.

Last summer, Netanyahu vowed to deport "infiltrators" from Africa -- a pledge that has since become a rallying cry amid his far-right supporters in the run-up to polls slated for next year.

Netanyahu's government, however, has come under immense international pressure to halt its "discriminatory" treatment of African asylum-seekers following revelations that deportees would be sent to Rwanda and Uganda.

Since 2012, Israel has deported roughly 20,000 African migrants and asylum-seekers who had entered the country illegally.