Trump calls for an end to Gulf rift in calls with Qatari Emir, Saudi King 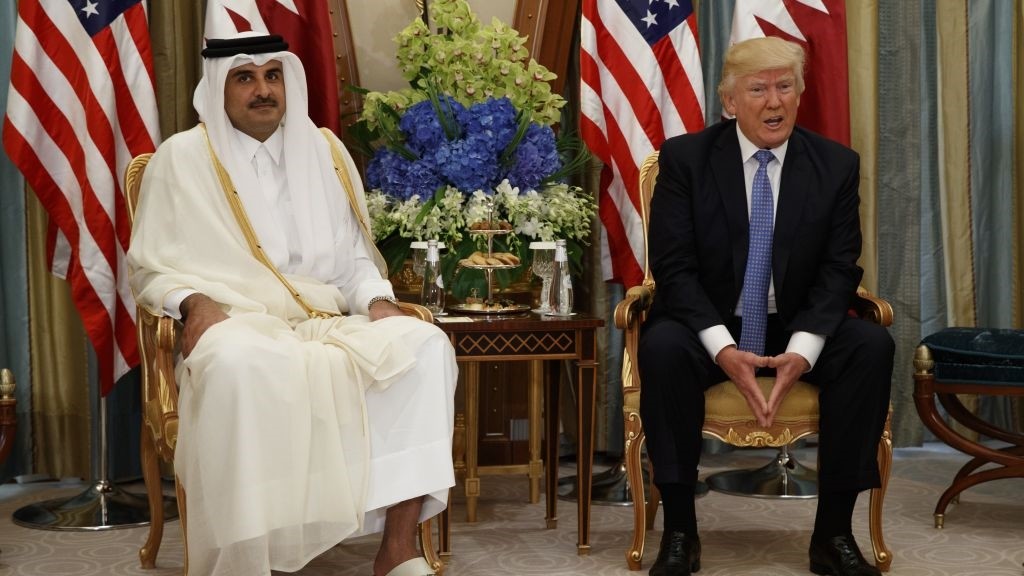 President Donald Trump urged the rulers of Saudi Arabia and Qatar to resolve an ongoing dispute that has upended unity in the Gulf, the White House said Tuesday.

Trump and Qatari Emir Tamim bin Hamad al-Thani discussed the Gulf Cooperation Council (GCC). He thanked al-Thani "for his commitment to help restore GCC unity and emphasized that it is critical to end the Gulf dispute" as well as al-Thani's "continued commitment to counter terrorist financing and extremism" during the bilateral call.

"The President and the Emir agreed on the importance of regional unity to address security threats and to ensure the prosperity of the people in the region," the White House said.

Trump "emphasized the importance of resolving the Gulf dispute and restoring a united Gulf Cooperation Council to counter Iranian malign influence and defeat terrorists and extremists" during a call with Saudi King Salman on Monday, the White House said in a separate readout.

During that call, Trump and Salman further agreed on "reinvigorating" efforts to find a political resolution to the war in Yemen, and Trump "expressed solidarity with Saudi Arabia following the Iranian Islamic Revolutionary Guard Corps (IRGC)-enabled Houthi ballistic missile attacks against civilian targets in Saudi Arabia on March 25", the White House said.

"The leaders discussed a range of regional issues, including the importance of achieving a comprehensive peace between Israelis and Palestinians and opportunities to strengthen the American-Saudi strategic partnership," it added.

Last summer, a Saudi-led bloc of states -- including the United Arab Emirates, Egypt and Bahrain -- collectively severed relations with Qatar, accusing Doha of supporting terrorist groups in the region.

Qatar, however, has steadfastly refused to comply, strenuously denying the accusations leveled against it.