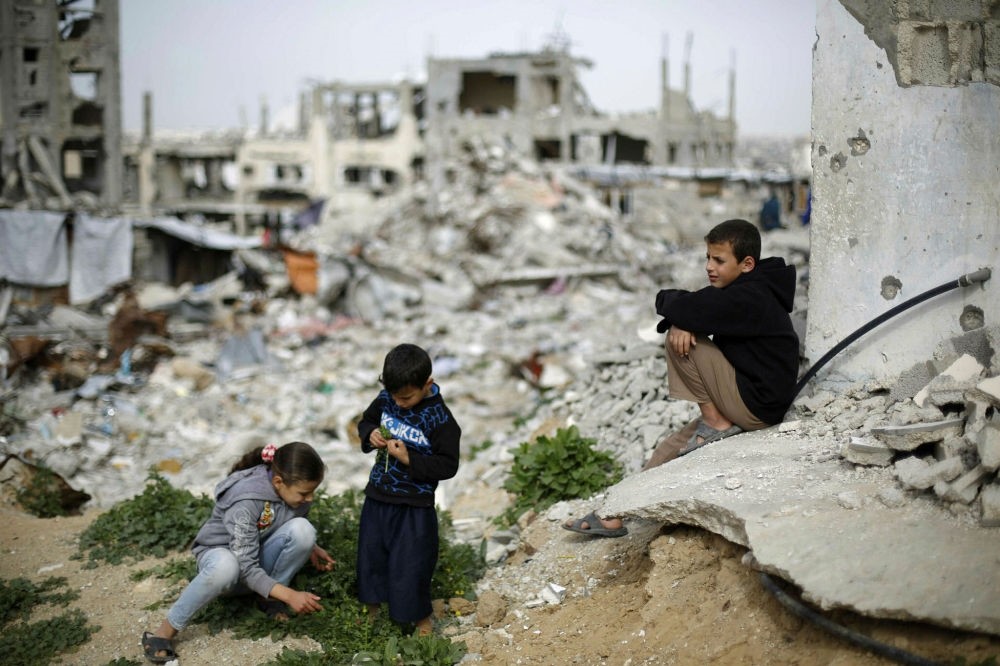 Palestinian Children's Day marked on April 5 each year draws attention to Israeli abuse of vulnerable minors.
by Compiled from Wire Services Apr 05, 2018 12:00 am

Israeli forces have detained 353 Palestinian children since the start of 2018, Palestinian NGOs said in a statement on the occasion of Palestinian Children's Day amid growing concerns over Israeli treatment of minors in military detention

The statement was issued on the occasion of Palestinian Children's Day, which is marked on April 5 each year.

Palestinian teenage girl Ahed Tamimi, who was arrested after kicking and slapping an Israeli soldier on the occupied West Bank in December, has become the latest symbol of the long-running battle between Palestinians and Israelis to influence global public opinion. Tamimi, who was 16 at the time of the incident, accepted a plea deal in late March, sentencing her to eight months in prison.

Her trial, which will likely take months, has sparked immense public interest and international condemnations of the minor's imprisonment. Amnesty International called her the "Rosa Parks of Palestine," and the small courtroom was often packed with journalists, diplomats and international observers during hearings. The rights group said after Tamimi's conviction that her sentence was at odds with international law and showed that Israel had no regard for the rights of Palestinian children.

Israeli treatment of Palestinians in military detention has become a major area of concern for the international community. More than 200 Palestinians have lost their lives in Israeli prisons since 1967 as a result of torture, lack of medical care and gunshot wounds, Palestinian human rights organizations announced in late February, as seven were shot, 72 were tortured to death and 59 lost their lives due to lack of medical care. The statement highlighted that Palestinians in Israeli prisons were being subjected to inhumane treatment, including physical and psychological torture. Some 60 percent of the prisoners have suffered "brutal physical assaults."