Qatari emir meets Gen. Votel on first day of his US trip 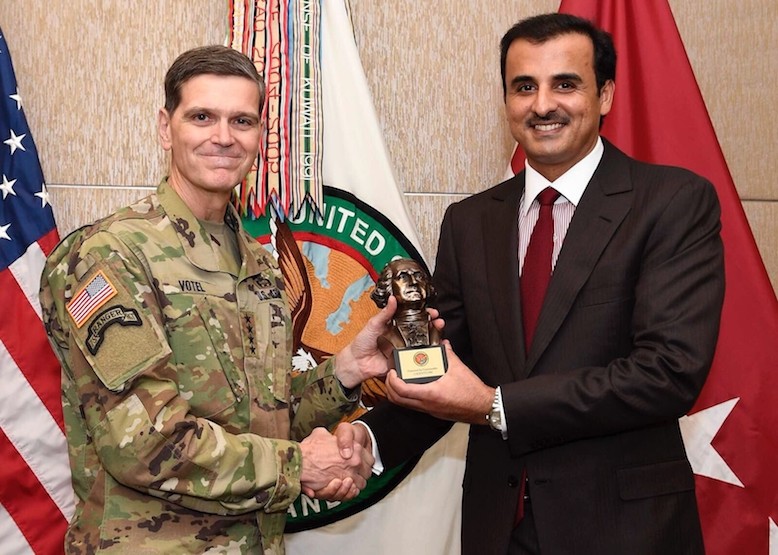 Qatari Emir on Friday met with Gen. Joseph Votel, the commander of U.S. Central Command (CENTCOM), in Florida on the first day of his official visit to the U.S. that will also include a meeting with President Donald Trump.

After arriving at MacDill air Force Base, Qatari Emir Sheikh Tamim bin Hamad Al Thani met with Votel, Qatari ambassador to Washington as well as a number of senior officers of the US Central Command, the Qatari News Agency reported.

The Qatari leader is scheduled to meet Trump on April 10 at the White House to discuss ways to advance "common security and economic priorities" between the United States and Qatar, the U.S. officials said.

Saudi Arabia, the Emirates, Bahrain and Egypt cut off travel and trade ties with Qatar last June, accusing it of backing their archrival, Iran, and supporting terrorism. Qatar has denied the charges and has said the boycott was an attempt to impinge on its sovereignty and rein in its support for reform.