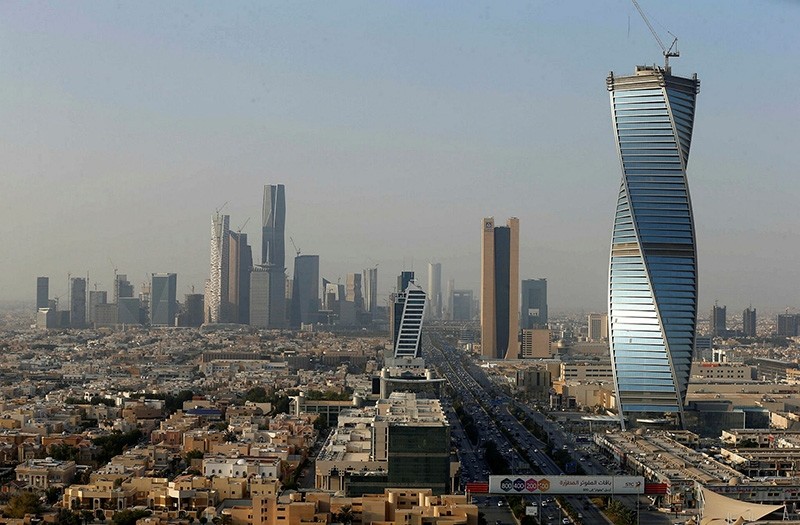 Saudi Arabia's air defenses on Wednesday "intercepted" a ballistic missile fired from rebel-held Yemen at Riyadh, a military spokesman said, adding two others were shot down in southern Saudi Arabia.

Al Arabiya said earlier that Saudi air defense forces had intercepted a missile over Riyadh after at least three blasts were heard in the capital, which has previously been targeted by Iran-backed Houthi rebels in Yemen.

He said Saudi forces also intercepted two missiles in the southern Jizan and Najran provinces close to the border with Yemen.

Houthis claimed the attack on Twitter, saying the intended target of the attack was the Saudi defense ministry in Riyadh.

As the announcement on the missile interceptions emerged, Malki also said in a separate statement that Saudi air defenses had shot down two unmanned Yemeni drones Wednesday in southern Saudi Arabia.

One of the drones was targeting the Abha international airport in Asir province, which led to a temporary suspension of air traffic, and a second was approaching a "civilian object" in Jizan province, he said.

The Houthis claimed attacks on Abha airport and Saudi Aramco, located in Jizan, via Al-Masirah, publishing an infographic of the "Qasef 1" drone.

Aramco in a statement Wednesday said, "Saudi Aramco operations and facilities, including our facilities in Jizan, are operating normally and safely."

Riyadh has been the target of frequent missile attacks since March 2015, when Saudi Arabia and other Arab countries launched a military campaign in Yemen against the Houthis, a group of Iran-backed Shi'ite fighters who had seized the capital.

The Saudi-led coalition has been fighting to reinstate the internationally-recognized government of President Abed Rabbo Mansour Hadi who was forced into exile by the Houthis.

More than 10,000 people have been killed in Yemen since the beginning of the conflict.