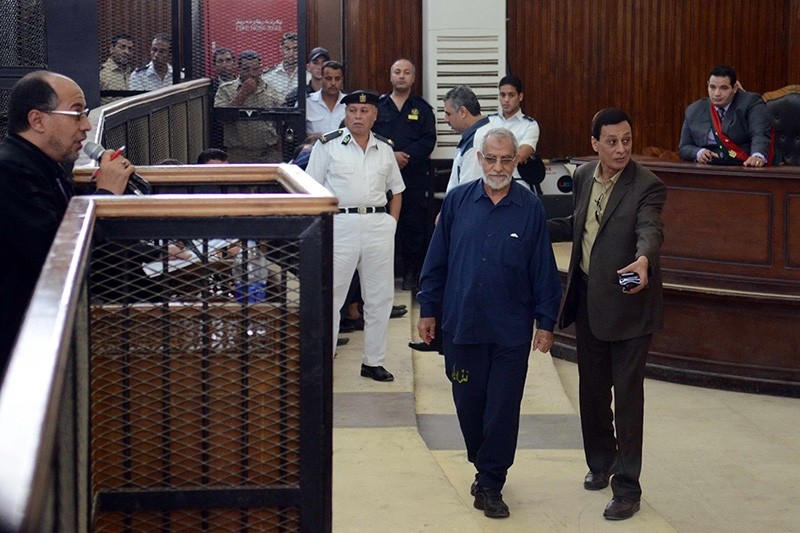 An Egyptian court upheld on Saturday a life sentence against Mohamed Badie, the leader of the banned Muslim Brotherhood, over 2013 violence, judicial sources said.

The court of cassation, Egypt's top court, rejected an appeal by Badie and others against verdicts issued against them last May in the case known in local media as "the Rabaa Operations Room" trial.

The case relates to a sit-in in Rabaa to support ousted President Mohamed Morsi who hailed from the Muslim Brotherhood. The sit-in, which began after the army ousted Morsi following mass protests against his rule, was forcibly dispersed by security forces, leaving hundreds dead.

The defendants were charged with leading an illegally founded organization, plotting to stir chaos and publishing false news among other crimes.

Authorities outlawed the Brotherhood after Morsi was ousted, and arrested thousands of its supporters. They also dissolved its Freedom and Justice Party, which Morsi led.

Egypt designated the Brotherhood a "terrorist" organization in December 2013

Decisions made by the court of cassation are final and cannot be appealed. Saturday's life sentence is the third against Badie.

The retrial came after the Court of Cassation scrapped a 2015 ruling under which Badie and 13 others were condemned to death and 34 defendants given life terms -- 25 years in Egypt.

The court has cancelled scores of death sentences against Morsi supporters, including against the deposed president himself.