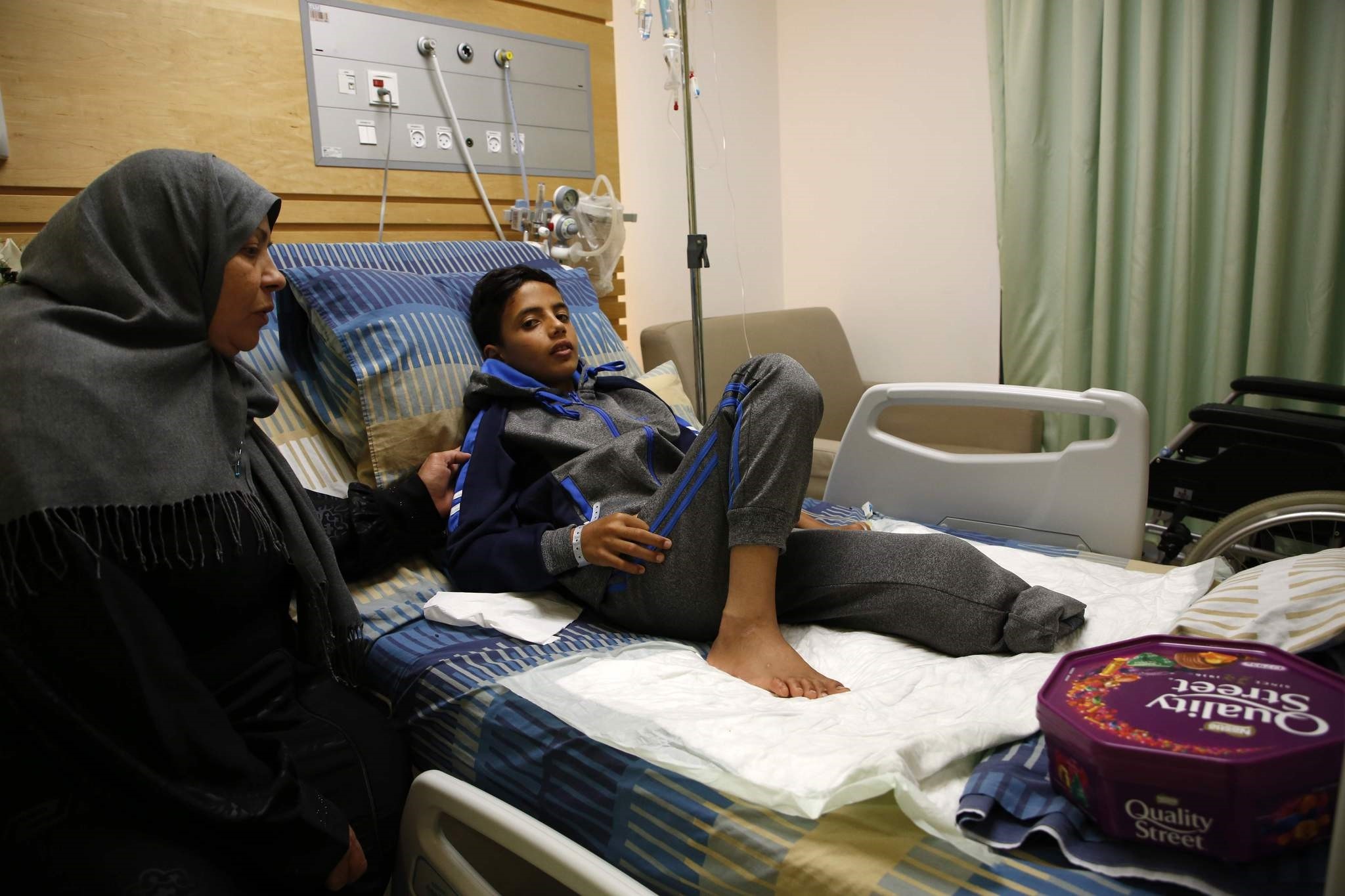 Doctors have amputated the leg of a Palestinian boy whose image went viral after he was shot by Israeli troops in the Gaza border with Israel.

A picture of 12-year-old Abdel Rahman Nawfal screaming in pain after being shot was widely shared on Palestinian and Arabic social media last week after he was shot near the border fence.

The shooting occurred on Tuesday, April 17, during clashes along the frontier east of Al-Bureij in central Gaza.

He was later taken from Gaza to the West Bank for treatment but doctors were unable to save the leg.

Attempting to smile as he lay on his hospital bed in Ramallah, Nawfal said he had been stoning Israeli soldiers close to the border when he was shot.

"My friends went to throw stones at the army near Al-Bureij camp. I went with them and started to throw stones," he told AFP. "Soon after I felt the injury."

He said he dreamed of becoming a doctor and would still like to realise that dream.

To leave Gaza for treatment in the West Bank, Palestinians have to get permits from Israel which critics say are difficult to obtain.

The 15-year-old's death, and the wounding of other youths brought a scathing response from a senior United Nations official.

"It is OUTRAGEOUS to shoot at children... #Children must be protected from #violence, not exposed to it," UN special coordinator for the Middle East peace process Nikolay Mladenov wrote on Twitter.

The Israeli army said on Saturday (April 21) that it was opening an investigation into the incident, in accordance with standard procedure.

Forty Palestinians in Gaza have been killed by Israeli forces since wide-scale protest broke out on March 30.

The Israeli army says its troops only open fire in self-defence or to stop protesters attempting to breach the barrier separating the territory from Israel. However, almost all of the victims were unarmed protesters who did not pose a direct threat to the Israeli soldiers, reports say.

Israel has for a decade maintained a blockade of Gaza after Hamas took control of the enclave. Rights groups say it amounts to collective punishment of the two million residents.