Qatar must pay for presence of US troops in Syria: Saudi FM 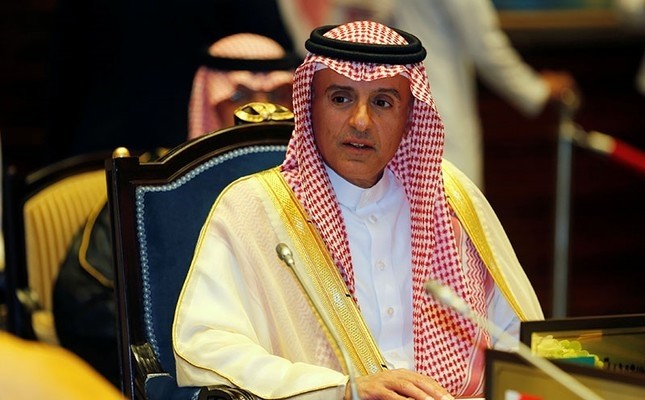 Saudi Foreign Minister Adel al-Jubeir issued a warning to Qatar on Tuesday, saying it should pay for the presence of U.S. military forces in Syria, according to the Saudi Press Agency (SPA).

Al-Jubeir said that Qatar must send its military forces to Syria before Trump "cancels the American protection of Qatar" which consists of the presence of a US military base on its territory.

The Saudi minister also said the Qatari regime wouldn't last a week without the U.S.' military base.

Doha has not yet commented on al-Jubeir's statement.

The U.S. military relies on Qatar for its biggest base in the region.

Roughly 11,000 U.S. military personnel, mostly from the U.S. Air Force, are currently stationed at Qatar's al-Udeid Airbase, which is located some 30 kilometers southwest of Doha. Used to fly sorties into Iraq and Syria, al-Udeid is regarded as the largest U.S. military base in the Middle East.

In early June, Saudi Arabia, the UAE, Egypt and Bahrain all abruptly severed diplomatic and trade ties with Qatar, accusing Doha of supporting terrorism. The four threatened to impose further sanctions on Doha if it failed to accept a long list of demands, including the closure of Qatar-funded Al Jazeera television.

The Qatari government has denied the accusations, blasting the blockade as unjustified and a violation of international law.