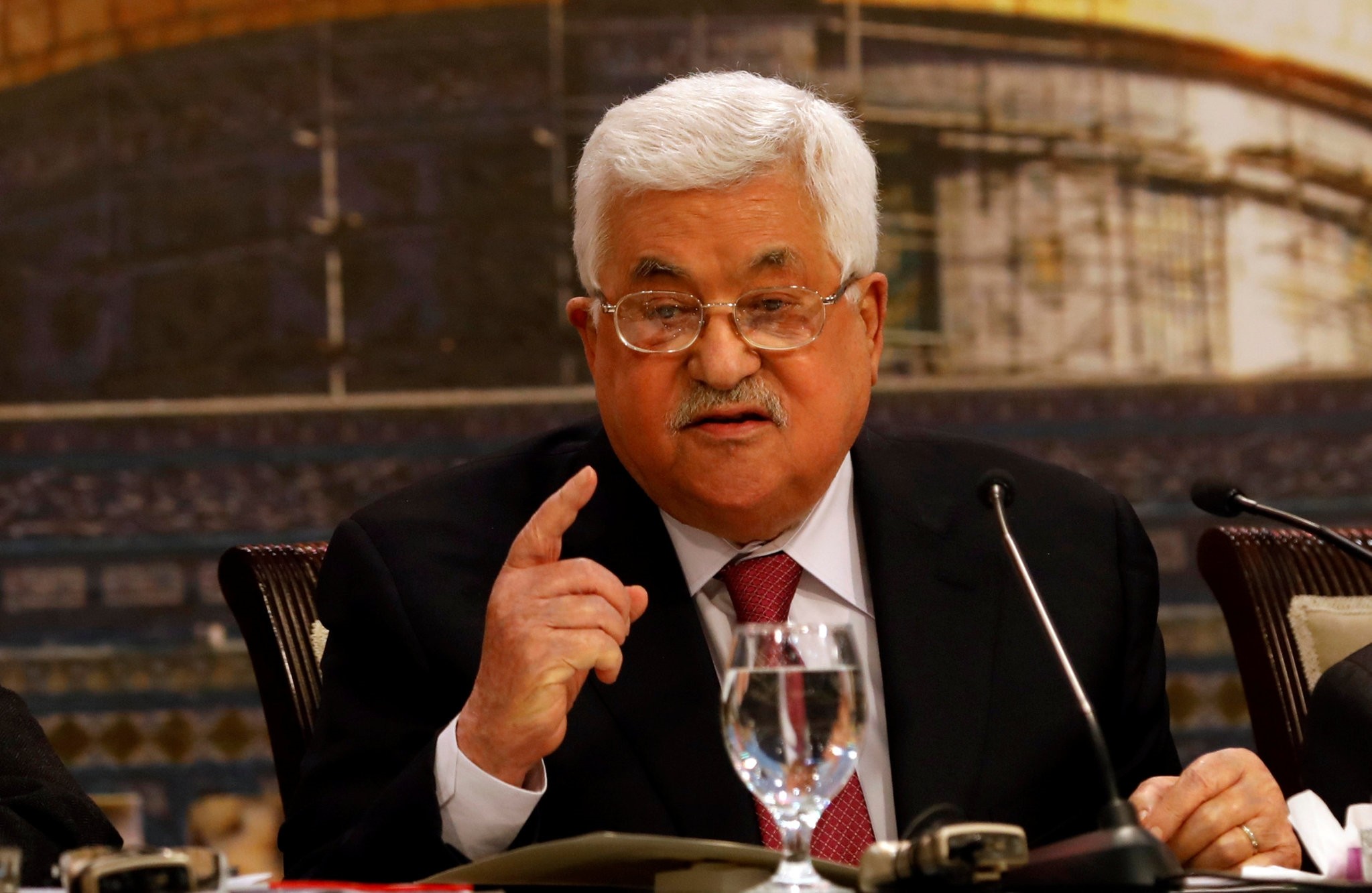 Palestinian President Mahmoud Abbas gestures as he speaks during the Palestinian National Council meeting in Ramallah, in the occupied West Bank April 30, 2018. (REUTERS Photo)
by Compiled from Wire Services May 01, 2018 12:00 am

President Mahmoud Abbas called on Monday for Palestinians to keep their children from protests along the border between Israel and Gaza, warning of a "handicapped" generation as the death toll from Israeli fire on protesters in the Gaza Strip mounts.

"Keep the young men from the border, move the children away, we do not want to become handicapped people," he said in a speech in the West Bank city of Ramallah.

49 Palestinians have been killed and hundreds - more than 140 seriously - injured by Israeli fire since regular protests and clashes broke out along the Gaza border on March 30. At least six of the dead have been aged 18 or younger.

Speaking at the opening of a rare meeting of the Palestinian National Council, Abbas said he supported peaceful protests along the border but wanted to "protect the next generation". The deaths have led to criticism of Israel's use of live ammunition.

After a 15-year-old was killed, United Nations special coordinator for the Middle East peace process Nickolay Mladenov wrote on Twitter: "It is OUTRAGEOUS to shoot at children... #Children must be protected from #violence, not exposed to it."

The protests have been taking place in Gaza, which is controlled by Hamas, while Abbas runs the Palestinian Authority, based in the West Bank. Israel has fought three wars with Hamas since 2008 and has accused the resistance group of seeking to use the protests as cover to carry out attacks. It says it only opens fire when necessary to stop damage to the Gaza fence, infiltrations and attackers.

But no Israelis have been hurt, and U.N. chief Antonio Guterres and the European Union have called for an independent investigation into the deaths.

Israel has rejected such calls, saying its open-fire rules are necessary to protect the border.

For the last four weeks, Gazans have staged mostly peaceful rallies along the border to demand the "right of return" to their homes in historical Palestine from which they were driven in 1948 to make way for the new state of Israel.

The rallies are part of a six-week demonstration that will culminate on May 15, which will mark the 70th anniversary of Israel's establishment -- an event Palestinians refer to as "The Catastrophe".

Palestinian President Abbas also told the PLO Parliament, that he plans to take unspecified "tough steps" soon against Israel and the United States. Abbas told hundreds of delegates that he is sticking to his rejection of any U.S. proposals for an Israeli-Palestinian peace deal following the Trump administration's recognition in December of contested Jerusalem as Israel's capital and a decision to move the U.S. Embassy there in mid-May.

Abbas also appeared to dismiss media reports quoting Saudi Arabia's powerful crown prince, Mohammed bin Salman, as saying the Palestinians should stop complaining and accept what they are being offered by the Trump administration.