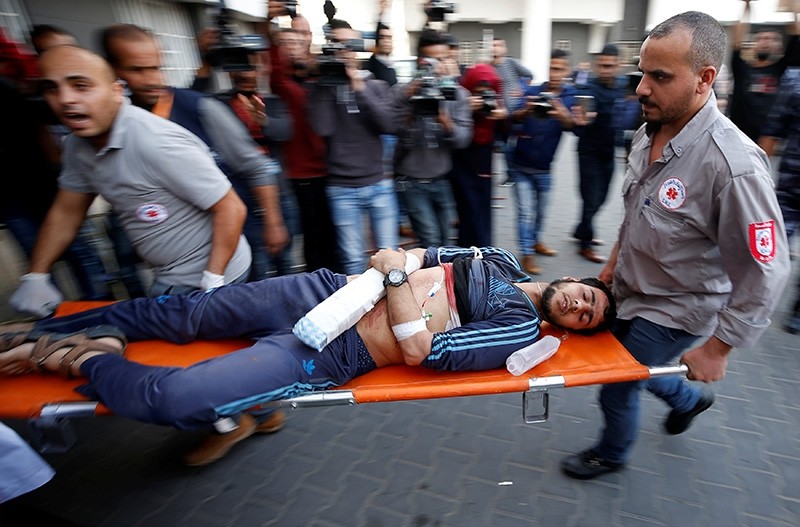 The Israeli government made the assertion in response to a petition lodged with Israel's High Court by a handful of human rights groups.

"The Palestinian protests on Gaza's border fall into the 'state of war' category, thus human rights laws do not apply to the [Israeli army's] rules of engagement in this regard," Haaretz reported.

Therefore, the newspaper explained, the Israeli army's rules of engagement "are consistent with both Israeli and international law."

It added: "The state opposes the application of human rights laws during times of armed conflict."

Since the peaceful border rallies began on March 30, at least 49 Palestinian demonstrators -- including five children -- have been killed by cross-border Israeli gunfire, according to the Palestinian Health Ministry.

Thousands of others have reportedly been injured -- more than 140 seriously -- over the same period.

Since March 30, Gazans have staged mass rallies along the Gaza Strip's eastern border to demand the "right of return" to their homes in historical Palestine from which they were driven in 1948 to make way for the new state of Israel.

The rallies are part of a six-week demonstration that will culminate on May 15. That day will mark the 70th anniversary of Israel's establishment -- an event Palestinians refer to as "The Nakba" or "The Catastrophe."