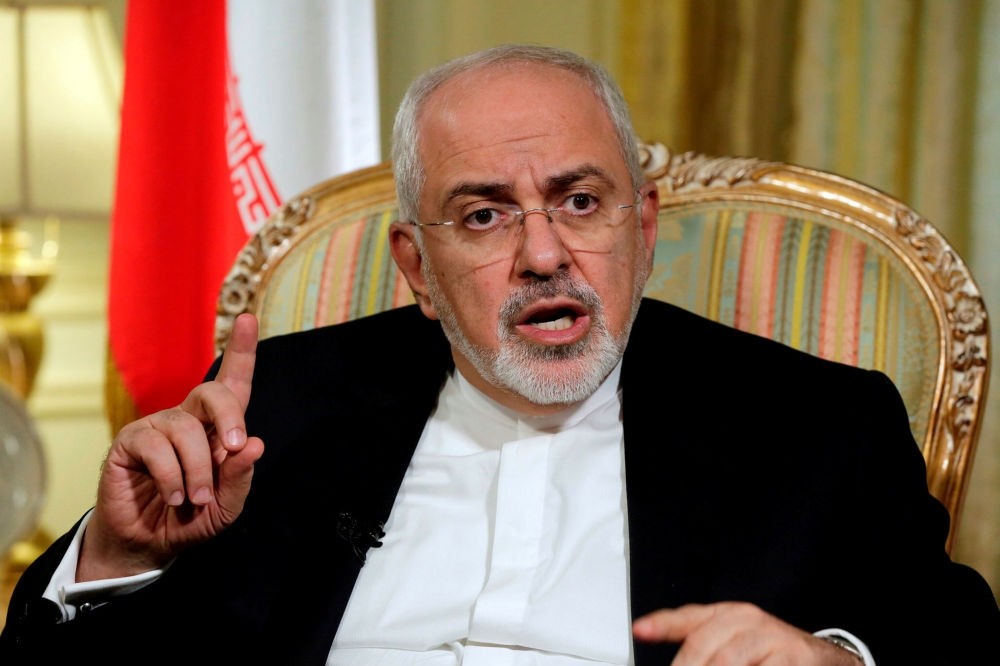 Iran's Foreign Minister Mohammad Javad Zarif has said that demands by U.S President Donald Trump to change Tehran's nuclear deal with world powers were unacceptable.
by Compiled from Wire Services May 04, 2018 12:00 am

Iran will not remain in the nuclear deal with world powers if the U.S. decides to quit the accord, the Iranian foreign minister said, as a deadline set by the U.S. for Europeans to ‘fix' the deal looms

Iran's foreign minister took to YouTube yesterday to criticize President Donald Trump's threat to withdraw from the nuclear deal, saying Iran will not "renegotiate or add onto" the atomic accord.

Mohammad Javad Zarif's video, which was also posted to Trump's favorite social media platform, Twitter, appeared to be taking his message to the masses after earlier speaking to news outlets across the United States to defend the deal.

It came as Trump has signaled he will withdraw from the agreement by May 12 if it is not renegotiated and changed. Those changes have included proposals to limit Iran's ballistic missile program, which Tehran says it has as a defensive deterrent.

The five-minute video shows Zarif behind his desk, delivering his message on the deal. He offers background first about the deal before laying into Trump and criticizing Europe for offering "the United States more concessions from our pocket."

"On 11 occasions since, the U.N. nuclear watchdog has confirmed that Iran has implemented all of its obligations," Zarif, who studied in the U.S., says in American-accented English. "In contrast, the U.S. has consistently violated the agreement, especially by bullying others from doing business with Iran."

"Let me make it absolutely clear once and for all: We will neither outsource our security nor will we renegotiate or add onto a deal we have already implemented in good faith," he added.

In the video, Zarif also appears to troll Trump as well, saying, "To put it in real-estate terms, when you buy a house and move your family in it or demolish it to build a skyscraper, you cannot come back two years later and renegotiate the price."

Iran has been working feverishly to frame Trump's expected withdrawal as a major blot on the United States, just as America's closest allies in Europe try to persuade the president not to rip it up.

All European actors in the 2015 accord want the United States to stay in the deal aimed at restricting Iran's development of nuclear weapons. French President Emmanuel Macron on Wednesday reiterated his commitment to the accord but admitted that it needed strengthening.

"I don't know what the U.S. president will decide on May 12," Macron said during a visit to Sydney, as reported by AFP.

Trump, though, calls the pact "insane" and "ridiculous," although he has declined to say whether he will withdraw the U.S. by the May 12 deadline he has set. Trump said key flaws in the agreement are the failure to address ballistic missiles and Iran's activities in Yemen and Syria. The EU says those are separate issues.

Iran has outright rejected any changes to the deal, arguing that it's unfair to impose more demands beyond what Tehran agreed to already.

Trump's strategy relies on the assumption that if the U.S. and the Europeans unilaterally agree to new demands, Iran will back down and voluntarily comply in order to continue enjoying the benefits.

Under the 2015 deal brokered by President Barack Obama and world powers, Iran agreed to nuclear restrictions in exchange for billions in sanctions relief. And even if a so-called "add-on deal" with the Europeans is achieved, there is no guarantee it will satisfy Trump. His closest aides have said they can't predict with certainty what conditions would be enough to keep him in the pact.