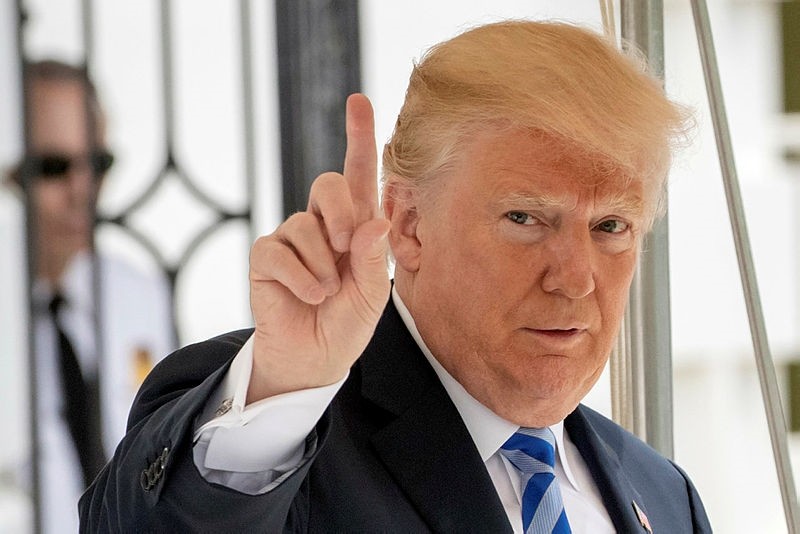 In this May 4, 2018 photo, President Donald Trump signals to the press that he will come over to talk, as he leaves the White House for Dallas to address the National Rifle Association in Washington. (AP Photo)
by Compiled from Wire Services May 07, 2018 12:00 am

U.S. President Donald Trump will not travel to Israel for the controversial opening of the U.S. Embassy in Jerusalem, and neither will Vice President Mike Pence, according to a White House statement released on Monday.

Instead, the U.S. delegation to the May 14 event will include U.S. Treasury Secretary Steven Mnuchin, as well as Trump's son-in-law, Jared Kushner, and daughter Ivanka Trump, who work as advisers to the president in the White House.

The White House says Trump instead sending a high-level delegation to the ceremony marking the formal recognition by the U.S. of Jerusalem as Israel's capital. Trump ordered the move last year, fulfilling a key campaign promise but drawing condemnation from many U.S. allies, who say the move makes it more difficult to achieve peace between Israelis and Palestinians.

Trump had left the door open to personally attending the embassy opening.