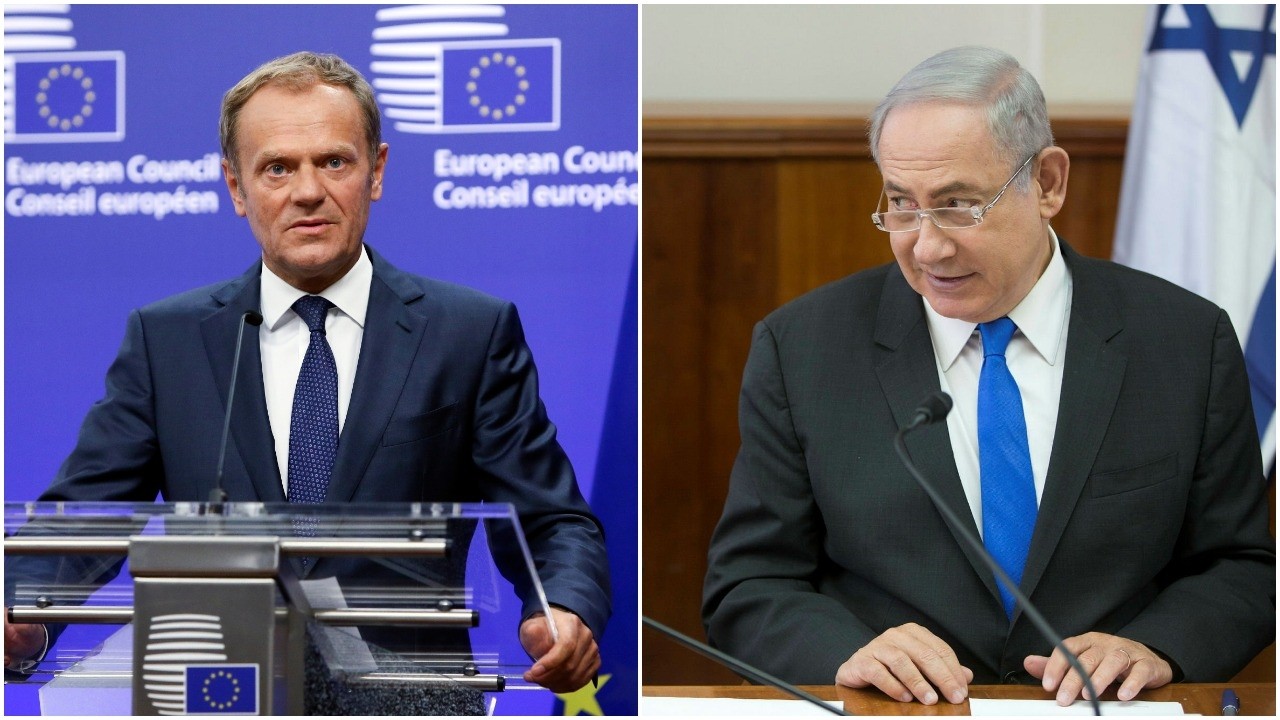 Washington's allies in Europe expressed regret over President Donald Trump's decision to pull the United States out of the Iran nuclear deal and said they would to try keep the pact alive, while Israel praised Trump and called the deal a "recipe for disaster".

"The European Union is determined to preserve it," EU foreign policy chief Federica Mogherini said of the world powers' 2015 agreement with Tehran. "Together with the rest of the international community, we will preserve this nuclear deal."

"I am particularly worried by the announcement tonight of new sanctions," she added.

Belgian Prime Minister Charles Michel said scrapping the Iran deal meant more instability in the Middle East and said he "deeply regrets" the announcement by Trump: "EU and its international partners must remain committed and Iran must continue to fulfill its obligations."

The chairman of EU leaders' talks, Donald Tusk, said Trump's stance on Iran and international trade "will meet a united European approach" and that all 28 EU leaders will discuss the matter when they meet in the Bulgarian capital next Wednesday.

"We will continue our balanced approach with Iran without turning a blind eye to the issues that remain problematic," he said.

Russia — another signee to the Iran deal — said it was deeply disappointed by Trump's decision, calling it a blatant violation of international law.

In a statement, Russian foreign ministry said it was "deeply disappointed by the decision of U.S. President Donald Trump to unilaterally refuse to carry out commitments under the Joint Comprehensive Plan of Action," adding that Washington's actions were "trampling on the norms of international law."

However, Trump's announcement was hailed by Washington's principle allies in the Middle East: Israel and Saudi Arabia.

The deal was "a recipe for disaster, a disaster for our region, a disaster for the peace of the world," Israeli Prime Minister Benjamin Netanyahu, who has long opposed the deal vocally, said in praising Trump's decision to quit.

Saudi Arabia, a Sunni Muslim power that considers Shi'ite Iran to be its main regional foe, also hailed Trump's decision: "Iran used economic gains from the lifting of sanctions to continue its activities to destabilize the region, particularly by developing ballistic missiles and supporting terrorist groups in the region," said a statement carried on Saudi-owned Al Arabiya television.