Netanyahu in Moscow as tensions skyrocket over Iran, Syria 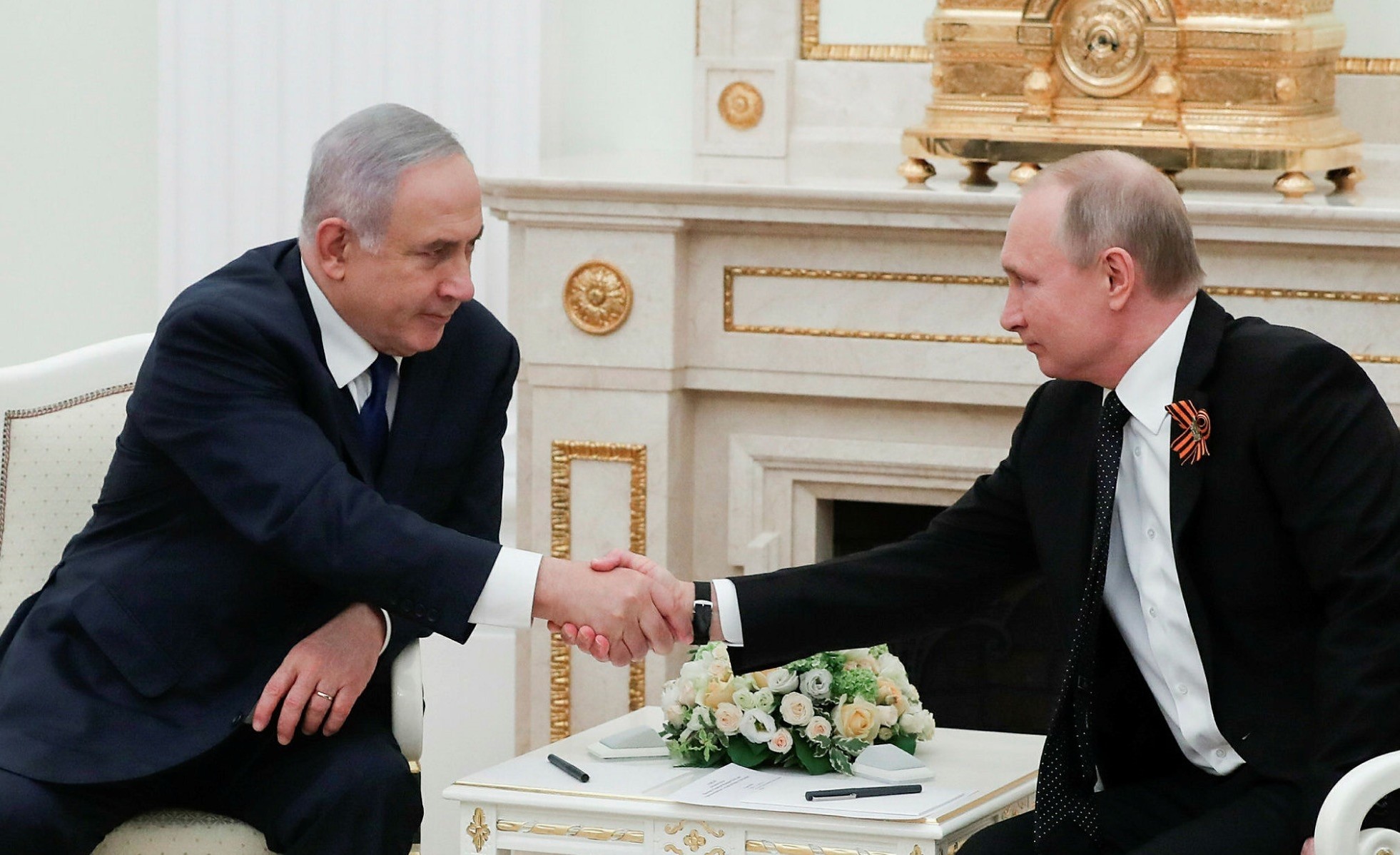 Israeli Prime Minister Benjamin Netanyahu and Russian President Vladimir Putin attend a meeting at the Kremlin, Moscow, May 9.
by Compiled from Wire Services May 10, 2018 12:00 am

Netanyahu and Putin have held a series of meetings and phone conversations in recent months, mainly over Syria and the involvement there of Israel's arch-rival Iran. "The meetings between us are always important and this one is especially so," Netanyahu said before departing. "In light of what is currently happening in Syria, it is necessary to ensure the continued coordination between the Russian military and [that of Israel]."

Tensions between Israel and Iran are high over Iran's efforts to expand its military presence in Syria, where it is a key ally of Bashar Assad. Repeated airstrikes attributed to Israel have killed Iranian fighters and prompted threats of reprisal from Tehran. In April, Israel struck the T-4 airbase in Syria's western Homs province, reportedly killing a number of Iranian army officers, sparking fears of possible reprisal by Iran. The Russian government publicly accused Israel of being behind an airstrike that killed Iranians. Iran has vowed retaliation for the strike.

Israeli-Russian relations have become more fragile than ever since Iran starting expanding its influence in the region, primarily in Syria. Israeli Prime Minister Benjamin Netanyahu's visit to Russia in late March focused on Israel's concerns over Iran's growing influence in the Middle East, particularly in Syria and Lebanon.

Another issue that concerns Israel with Russia is the fact that Hezbollah has been enjoying Russian support. Even though Israel has carried out several air raids on the Syrian regime and Hezbollah positions not just in the occupied Golan Heights but also on the outskirts of Damascus, Tel Aviv has so far avoided encountering Iran over regional conflicts. As long as Iran has the power to dominate Damascus and mobilize Shiite groups, there will eventually be conflict with Israel. Israel has sought to avoid direct involvement in the Syria conflict, but acknowledges carrying out dozens of airstrikes there to stop what it calls deliveries of advanced weaponry to Hezbollah.

Israel has been targeting the Iran-backed Shiite militia group Hezbollah and regime forces in Syria with concerns that Hezbollah might target Israel at any given moment with new weapons supplied by Iran and Russia. Israel is determined to take action against Hezbollah since Iran, allegedly, intends to build a military base near the disputed Golan Heights and has been building facilities to manufacture weapons inside Lebanon.