Palestine's Abbas vows to continue struggle against Israeli oppression, says US no longer a mediator 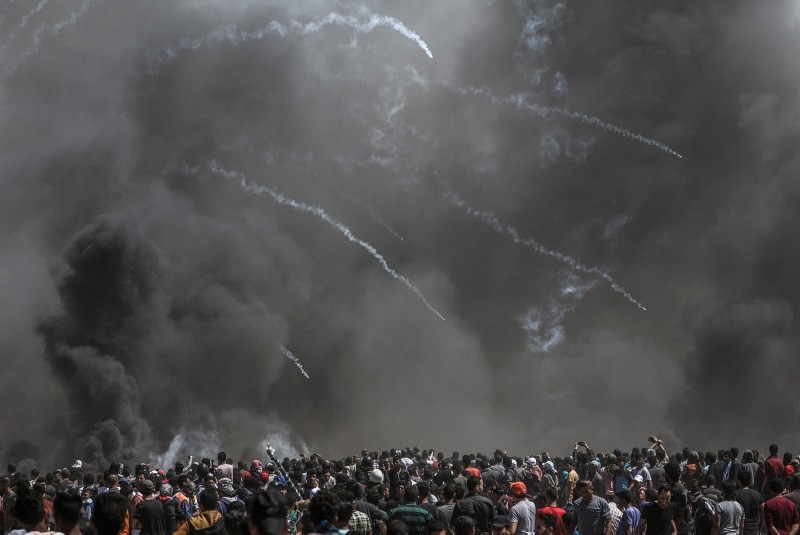 Israeli army fire tear gas grenades at Palestinian protesters during clashes after protests near the border with Israel in the east of Gaza Strip, 14 May 2018. (EPA Photo)
by Daily Sabah May 14, 2018 12:00 am

Palestinian President Mahmoud Abbas vowed to continue on Monday the peaceful struggle against Israeli oppression and invasion of internationally recognized territories of the State of Palestine, and said that the United States can no longer be a mediator in the negotiations between the two parties.

"The U.S. can no longer be a mediator for us. Our people will not give up their peaceful struggle. Our demonstrations will not end," he said.

Gaza experienced its bloodiest massacre since 2014 on Monday, as the Israeli military killed at least 52 Palestinians and wounded more than 1,700 others as protesters streamed to the frontier for the climax of a six-week demonstration as the United States prepared to open its embassy in Jerusalem.