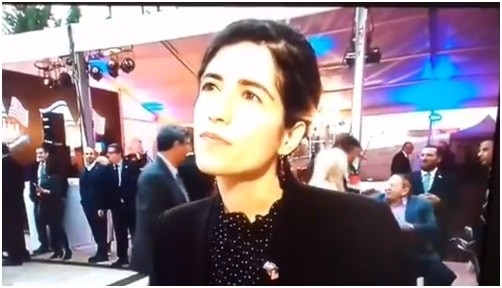 When asked by an Irish reporter why Israel is shooting Palestinians in Gaza, gov't spokeswoman says "Well, we can't put all these people in jail" https://t.co/yhgqomSGXD pic.twitter.com/5mN5UpNGSM

An Israeli government spokeswoman has come under fire for her comments on the situation in Gaza and trying to justify Israeli forces' use of live fire and the shooting dead of Palestinian protesters.

Speaking to RTÉ's Morning Ireland on Monday, Israeli Ministry of Foreign Affairs spokeswoman Michal Maayan said "Well, we can't put all these people in jail" when asked why troops were shooting at the demonstrators.

Her comments during a live recording quickly went viral, drawing criticism from all around the world.

Responding to criticism that the U.S. decision to move its embassy from Tel Aviv to Jerusalem will only cause more 'instability' in the region and hurt the peace process, Maayan said "But moving embassies to Jerusalem isn't stopping peace, it's actually helping peace because it's helping the Palestinians realize that Jerusalem is the capital of the Jewish state of Israel and it helps them realize a reality that's very important to us to go further on."

Israel has come under international pressure after its border forces on Monday killed some 60 Palestinians protesting against the transfer the same day of the U.S. embassy to Jerusalem.

More than 100 Palestinians have been killed in seven weeks of protests, mainly from Israeli sniper fire.

Monday's demonstration had coincided with Israel's 70th anniversary - an event Palestinians refer to as "The Catastrophe" - and the relocation of Washington's embassy to Jerusalem, which also took place Monday.

Last week, the Israeli government said the ongoing protests along the Gaza-Israel fence constituted a "state of war" in which international humanitarian law did not apply.