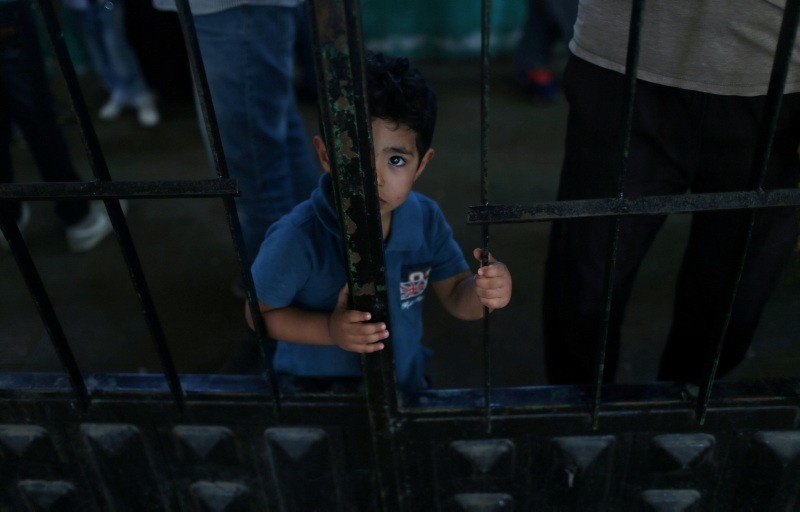 A Palestinian boy waits to travel into Egypt through the Rafah border crossing, in the southern Gaza Strip, May 18, 2018. (Reuters Photo)
by Compiled from Wire Services May 18, 2018 12:00 am

Opening a special session of the U.N. Human Rights Council that could set up a commission of inquiry into recent violence, Zeid sharply criticized Israel, saying its security forces had killed 60 Palestinians last Monday alone.

"Nobody has been made safer by the horrific events of the past week," he said. "End the occupation, and the violence and insecurity will largely disappear."

The session will consider a resolution calling for an "independent, international commission of inquiry."

Zeid said protesters' "actions alone do not appear to constitute the imminent threat to life or deadly injury which could justify the use of lethal force."

Israel was widely criticized by the most of international community over its killings of Palestinian protesters at the Gaza border as the U.S. inaugurated its Israel embassy in Jerusalem.