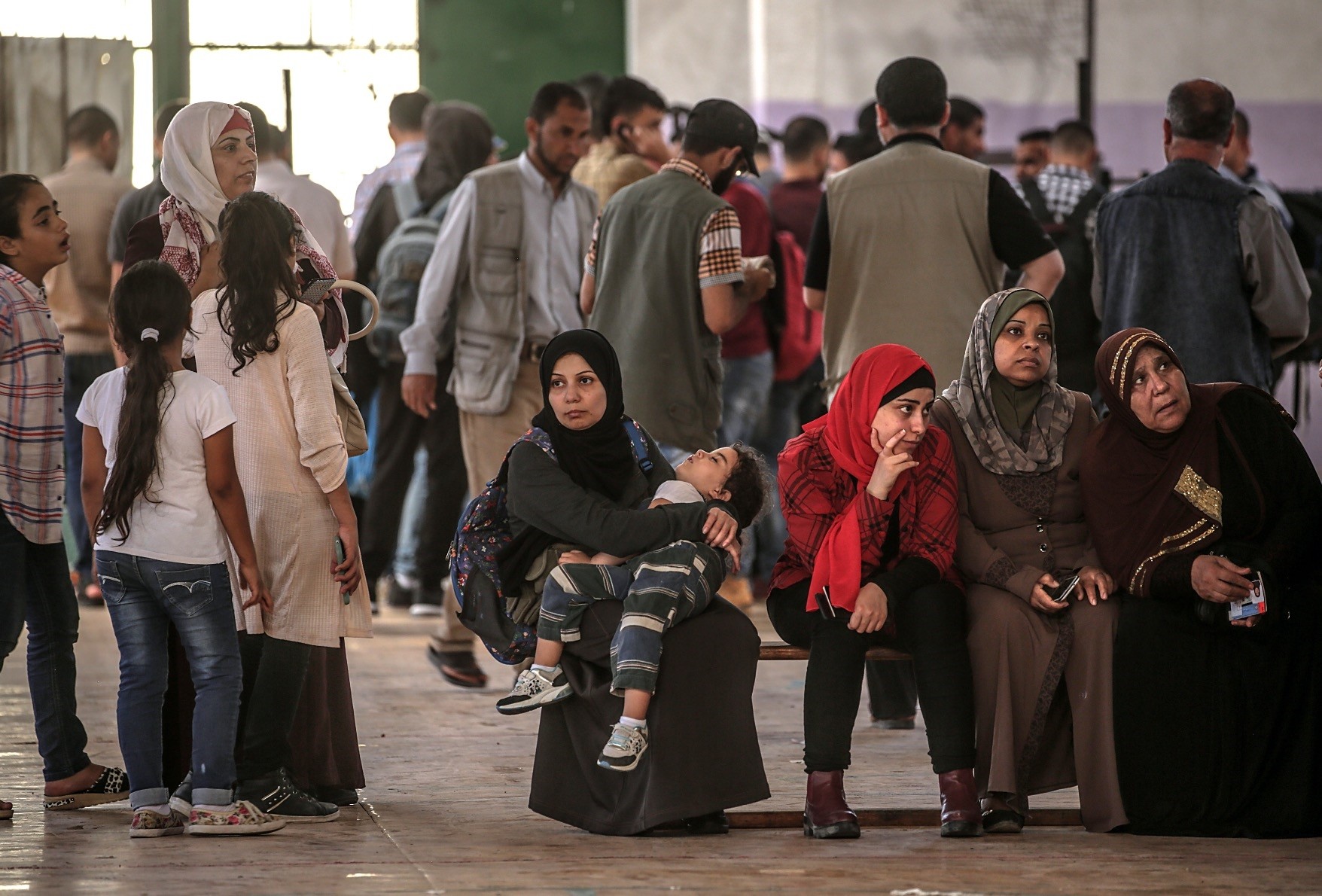 Besieged Palestinians wait to cross Rafah border with Egypt in order to access health care and basic goods, Gaza Strip, May 25.
by Compiled from Wire Services Jun 01, 2018 12:00 am

Following the worst Israeli military flare-up in the area since 2014, the Red Cross has warned that the Gaza health system is on the brink of collapse

Gaza has been on the brink of collapse after weeks of violence have left more than 13,000 Palestinians wounded, overwhelming an already disastrously weak health system, the Red Cross warned yesterday.

The International Committee of the Red Cross (ICRC) is sending two teams of war surgeons to Gaza and setting up a surgical unit in the enclave's main hospital to treat heavy casualties from clashes between Israeli forces and Palestinians.

Since protests on the Gaza-Israel border began on March 30, Israeli troops have killed 115 Palestinians and wounded more than 13,000 people, including 3,600 by live ammunition, Robert Mardini, ICRC's director for the Near and Middle East, said in a news conference in Geneva. Mardini's comments came as this week also saw the most intense flare-up of hostilities between Palestinian militants and Israel since the 2014 Gaza war.

"The recent demonstrations and violence that took place along the Gaza border since the end of March have triggered a health crisis of unprecedented magnitude in this part of the world," Mardini said.

The ICRC will set up a 50-bed surgical unit at Al-Shifa hospital, Gaza's largest. "Our priority now clearly is to help gunshot wound victims. Imagine, 1,350 people with complex cases who will need three to five operations each, a total of 4,000 surgeries, half of which will be carried out by ICRC teams," he said. "I think such a caseload would overwhelm any health system in the world, including in Geneva."

The six-month surge of medical expertise, drugs and equipment will speed the long road to recovery and relieve an overwhelmed health care system, he said.

Since 2007, the Gaza Strip has groaned under a crippling Israeli and Egyptian blockade that has gutted its economy and deprived its roughly 2 million inhabitants of many vital commodities, including food, fuel and medicine. In the long-embargoed enclave, the humanitarian situation has gotten worse each day. The strip was heavily battered in July-August 2014 in a war between Israel and Hamas that killed more than 2,200 Palestinians and 73 people on the Israeli side. Its problems are exacerbated by a decade-old Israeli blockade. The ICRC has appealed to donors for a $5.3-million budget extension to fund a new 50-bed surgical unit in the Al-Shifa Hospital, medical supplies and other additional assistance.

That comes on top of its annual budget for its work across Israel and the Palestinian territories of around $49 million, far less than half of which is funded. But while Mardini voiced hope the boost in aid would help, he cautioned that it was far from a permanent fix for Gaza which has sky-high unemployment, limited supplies of electricity and clean water, and a sanitation system unable to cope. "The whole Gaza is a sinking ship," he said. And while health workers are focused squarely on "saving lives and limbs," other health services, for instance during child birth or to respond to a heart attack, are suffering, he said.