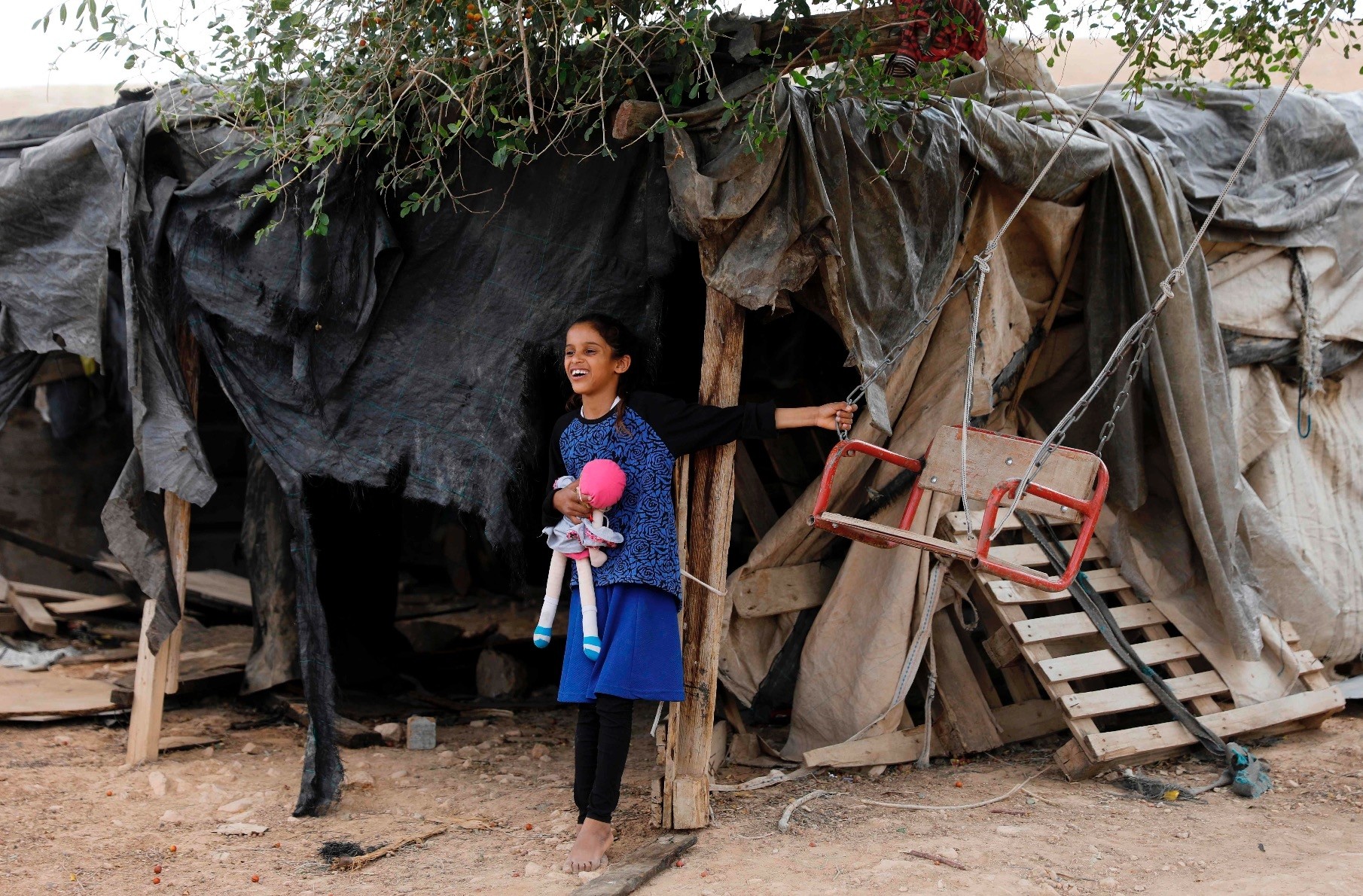 A Palestinian Bedouin girl plays near her home in the Khan al-Ahmar Bedouin village in the occupied West Bank, May 30.
by Compiled from Wire Services Jun 02, 2018 12:00 am

The U.N. human rights experts on Thursday expressed grave concern about an Israeli court's decision to uphold an Israeli plan to demolish the entire Palestinian Bedouin community of Khan al-Ahmar in the West Bank.

"This ruling paves the way for the eviction of 181 inhabitants and constitutes an involuntary move that would likely amount to forcible transfer," the U.N. special rapporteurs, Michael Lynk and Leilani Farha, said in a joint statement Thursday.

The residents of Khan al-Ahmar are the descendants of Bedouins who were expelled from the Negev by Israel after 1948, and who were relocated to the West Bank.

"The individual or mass forced transfer of protected persons within an occupied territory is a grave breach of Article 147 of the Fourth Geneva Convention. Forcible transfer also constitutes a war crime under the Rome Statute that may lead to individual criminal responsibility. The experts also said that forced eviction is a gross violation of international human rights law," the experts said.

"We are concerned not only for the future of the residents of Khan al-Ahmar, but also for the fate of dozens of other Palestinian Bedouin and herder communities across Area C who live a traditional lifestyle on the land," the experts said.

The experts also called upon Israel to respect the rights of the Khan al-Ahmar residents to remain on their lands and to have their community status regularized.

The European Union also urged Israel to reconsider its decision to demolish a Palestinian Bedouin village in the occupied West Bank, saying it undermines "prospects for a lasting peace."

"Building new settlements for Israelis while demolishing Palestinian homes in the same area will only further entrench a one-state reality of unequal rights, perpetual occupation and conflict," they said in the statement, as reported by Agence France-Presse (AFP).

Israel says the village in Area C, which has 180 inhabitants and is located near several Israeli settlements east of Jerusalem, was built without a permit.

"These developments, alongside a number of other related actions taken in recent months, seriously undermine the viability of a negotiated two-state solution and the prospects for a lasting peace," they added. "In line with our long-standing position on Israel's settlement policy, illegal under international law, and actions taken in that context, such as forced transfers, evictions, demolitions and confiscations of homes, the EU expects the Israeli authorities to reconsider and reverse these decisions."

The EU said it has raised the issue directly with the Israeli authorities. Tension has mounted in the Palestinian territories since last December when U.S. President Donald Trump announced his decision to recognize Jerusalem as Israel's capital. On May 14, the U.S. relocated its Israel embassy from Tel Aviv to Jerusalem, drawing condemnation from across the Arab and Muslim world and further inflaming passions in the Palestinian territories. Since March 30, at least 118 Palestinians have been killed, and thousands more injured, by Israeli army gunfire in the eastern Gaza Strip.