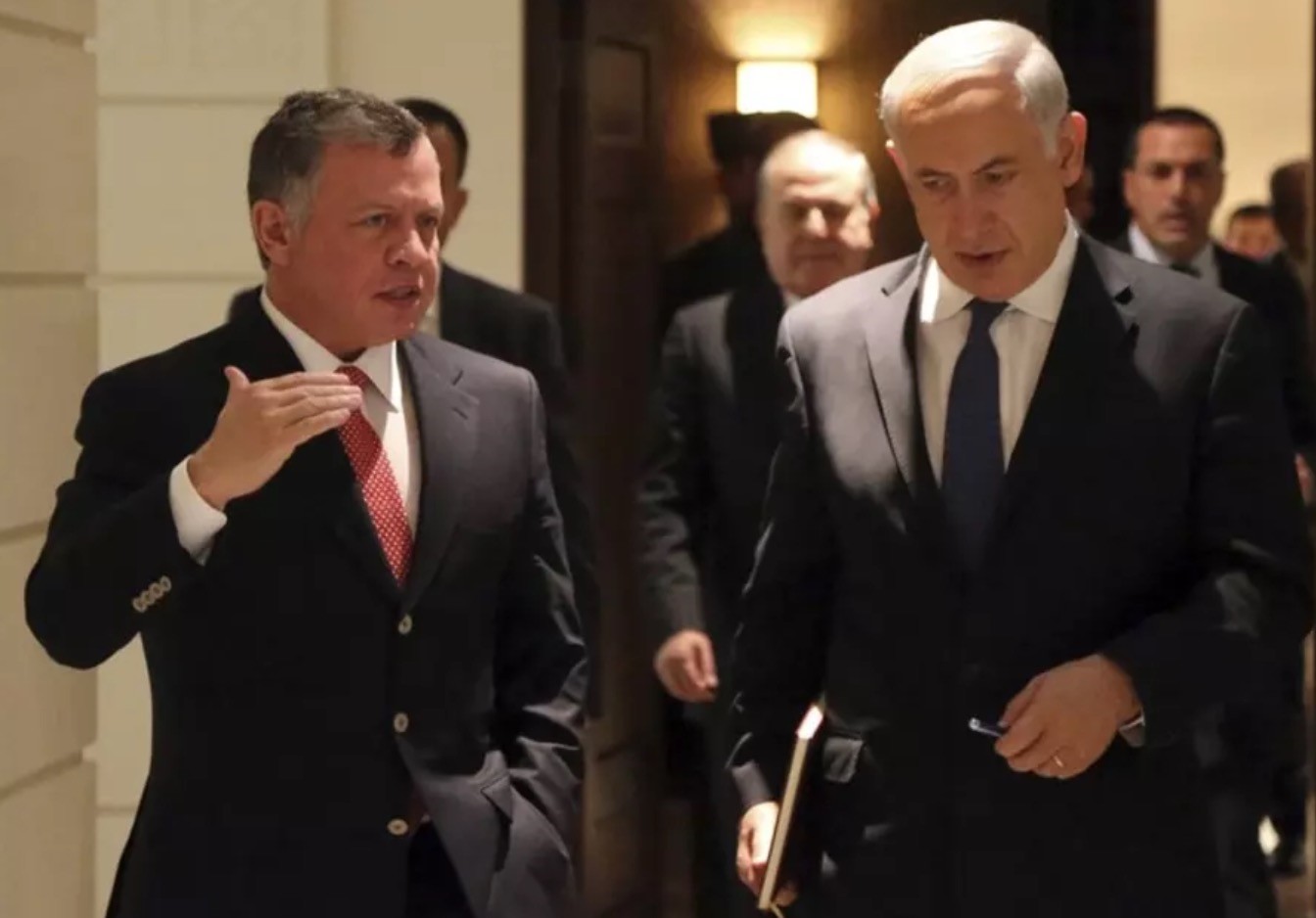 A file photo from a meeting between King Abdullah and Netanyahu (Reuters Photo)
by Associated Press Jun 18, 2018 12:00 am

They held talks in Jordan, with a focus on contested Jerusalem. The meeting came ahead of a visit to the region this week by Trump administration envoys trying to promote a plan for an Israeli-Palestinian peace deal.

The administration's recognition of Jerusalem as Israel's capital has angered the Palestinians and Jordan. The Palestinians seek east Jerusalem illegally occupied by Israel as a capital. Jordan serves as custodian of major Muslim and Christian holy sites in the city.

Netanyahu's office says he told Abdullah that he's "committed to the status quo of the holy sites" in Jerusalem.

Israel-Jordan ties had been strained for months over the killing of two Jordanians by an Israeli embassy guard.